When judgement is not a bad thing 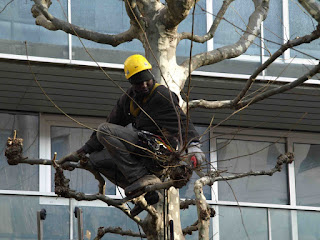 In the great financial debacle of recent years, the once powerful General Motors Corporation came within a whisker of bankruptcy. In fact, in the land of free enterprise, the company was essentially saved by being taken over by the American government and then funded by taxpayers. Following the disaster, GM decided it would have to restructure its business and some of the failing brands had to go. Top of the list was the Hummer.

It was announced last year that Hummer was going to be sold to a Chinese company called Sichuan Tengzhong Heavy Industrial Machines Co., Ltd. (Tengzhong). Tengzhong would revitalize the brand and then re launch the Hummer on the Chinese public and in time, on the export world. Now that plan has collapsed because the Chinese government has stepped in and said that it is not in their national interest to buy this brand of cars from the USA. Ironically, in the supposed age of the free market, an American almost nationalized company is unable to unload a product on a Chinese company because their national government will not let them.

Frankly I am delighted the Chinese government has shown such economic, cultural and environmental wisdom. The Hummer is a shocker - a large, ugly, gas-guzzling monument to the industrial, military state. Could there be a worse look than when a bride arrives for her wedding in a vehicle designed essentially for battle and war? I for one am glad the American consumer and now the Chinese government have passed judgement on a model of car which can now be buried with other classic failures such as the Leyland P76.

Sometimes judgement is a mercy. If we never weeded our gardens they would be overrun. If we never pensioned off old sportsmen our elite games would grind to a halt. If companies didn’t go broke then capitalism would lose its competitive edge. If democracy did not allow us to judge our political leaders, then corruption and tyranny would abound.

The fact that God is a judge is hardly a surprise. The idea that God’s tolerance would accept all evil is an assault to our every notion of fairness. The thought that God has no standards suggests that He doesn’t really care. The concept that God embraces evil flies in the face of a God who, by definition, is holy.

Faced with the judgement of God, we are all in trouble. Our only hope is a divine rescue plan funded by God - a rescue that substitutes God’s greatest asset, His Son, Jesus, for our toxic liabilities of sin.