Is America Going To Run Out Of Money? 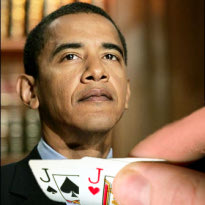 A rather high stakes game of bluff is going on right now in the USA. Over about twenty years the American government has run up quite a deficit. In fact with good reason some commentators now describe the USA as the largest debtor nation in the history of the world. The US Government debt is now approaching a little over 14 trillion dollars. A trillion dollars is a million, million dollars. Another way of describing a trillion is to say that if you spent a million dollars every day since the birth of Jesus, you are still a bit short of having spent a trillion dollars.
Yet the fact that the US has such a big debt is far from catastrophic, as many people in the world are still very keen to keep lending the US more money at very low interest rates, as they are convinced that the US is still one of the safest investments going.
The other problem in the USA now is politics. The House of Congress needs to raise the debt ceiling for the Government to increase the debt above the current ceiling of $14 trillion, but the Republican controlled legislature is playing hardball and wants spending slashed. The Democrats and the White House also want to reduce the deficit, but they also want to protect welfare, so their alternative is to increase tax, especially on the rich. If the Bill does not pass by 2nd August, then the US Government will run out of money, default on some loans and the financial effect globally could be catastrophic. Of course no one really thinks that this will happen. The game of bluff will no doubt run to the last day or days, or even hour or hours. Then one side or both will eventually blink. The stakes are too high – surely sanity will prevail. The politics is partisan, entrenched and quite desperate, but you assume compromise will come. Surely it must! Of course it will! Lets hope it does.
On the other hand, at the moment for every dollar the US Government spends it has to borrow another 36 cents, which suggests to some that even if a compromise is found by 2nd August, someone sometime in the future has to actually address the problem that the US Government revenue is way too low and its expenditure is way too high. Paying 36c of every dollar you earn on a mortgage to buy a house may be a necessary way to provide a roof for your family, but borrowing 36c for every $1 you spend on groceries and bills is a picture of a family out of control.
The Book of Proverbs provides a very simple approach to debt:
The rich rule over the poor, and the borrower is servant to the lender.   Proverbs 22: 7
When the rich rule over the poor while at the same time borrowing from the poor, then one day the rich are going to serve the poor and who knows, maybe even trade places.
Posted by Word4Life at 7:05 PM No comments: 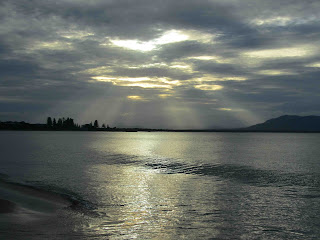 When the pillars of our so-called civil society were exposed over recent decades they were riddled with concrete cancer. Judges were exposed as pedophiles. Corrupt politicians were revealed with their paws in the honey jar while they often didn’t seem to be wearing any pants. Police were shown to not always uphold their own laws. Teachers have been repeatedly exposed for being way too close to their students. Churches have been exposed for their vanity, corruption and abuse. Corruption in big business has been named and professional sports addiction to drugs and money has also been a target. Medicine, Defense, the Arts and seemingly every group in society have been shown to have a dark side. Even the royal family has had the colour of their blue blood tainted forever.
The great public institution that has revealed all this corruption is the media. Their moral outrage over evils and corruption has had no bounds. They regularly hunt and accuse.  In times they glory in conviction or even execution.  The smell of blood develops into a taste and then they go in for the kill. Such moral drive has been the media’s persona and anyone who ever stood in the way of their sport has often been left wounded and bleeding. The paparazzi have been seen to have blood on their hands while the grubby newspapers who bought their photos have defended and denied their culpability.
But now the news of the world is that they are just as bad as us! Far from being a pure moral force they are as corrupt as the rest of us. Now a whole lot of people who were the victims of the moral outrage of the media are now very angry that the judge himself has no clothes. Exposing evil by illegally tapping phones, by entrapment and by bribing the police all of a sudden seems like a rather poor journalistic methodology.
CEO’s are facing prison, Police Chiefs are resigning because of their closeness to the media baron’s, newspapers are closing and the rage in the UK is huge. The grubby shameless newspapers who thought their calling was to be judge and jury and now exposed as harlots, cheats and lyres. This is a big deal.
The one group that thought they were above everyone else has been shown to now be just like the rest of us.
The conclusion of the old book deserves another look when the media worldview is exposed as folly. Corruption is not the preserve of the powerful alone but the default human condition left unchecked or uncontrolled.  The Bibles word for corruption is sin  - that human ability to always be convinced that we are right and everyone else is wrong. Short cuts and dodgy ethics remain an endemic human problem- not a minor issue for a few but a major flaw in humanity.
We all need to repent of our self-righteous judgementalism.
We all need to face our own corrupt hearts.
We all need humility as we face divine judgment.
We all need a saviour to rescue us from our sins.
… for all have sinned and fall short of the glory of God, ( Romans 3:23)
-
Posted by Word4Life at 2:55 PM No comments: