Too Busy With Easter 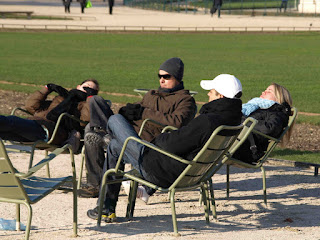 I caught the Saturday night news last week and I wondered why I was so underwhelmed by the supposedly shocking lead news story. Somehow I could not share the newsreader's outrage that a well-known Formula One racing driver was caught and charged for doing burnouts on a suburban street in Melbourne. At first I wondered if I was just being a typical male, unconvinced by a little harmless fun with a powerful car. Or was I being even more blokey, wishing I could have a spin myself in an impressive machine? But no, it was not just me being blokey. It was my conviction that we seem to stress out about what really is not that important, while at the same time we ignore things that really matter.

If we lived in South Korea and one of our naval ships was sunk by an unseen, but probably known enemy, with 46 sailors missing, presumed dead, we might have something to really get concerned about. A hoon spinning wheels may be of some importance, but it’s not the start of a national series of protests ending in a bombing about our country's imminent financial collapse. While we focus our attention on a burnout, we conveniently pass over the two lengthy, protracted, seemingly unwinnable, yet incredibly deadly wars being fought in Iraq and Afghanistan. So often we focus on what really doesn’t matter, while knowingly or unknowingly we forget what really does.

Surely another Easter proves this point. As usual the focus is on chocolate eggs, chilling out on vacation, children’s Easter bonnet parades and crowding at the Easter show. Meanwhile Christ’s death and resurrection are not denied, just simply ignored. In spite of the preaching of a few notable atheists, the vast majority refuse to debate, consider or engage. For most it is far easier to choose distraction over denial. The once despised and rejected Jesus now suffers a final contemporary humiliation, as the crowds are now too busy, too distracted and too well fed to care about His life or message. Jesus' rejection has been superseded by distraction and trivialisation.

The Good News is still good, however wretchedly it is irrelevant for the vast majority