Those magnificent players from Eastwood are here 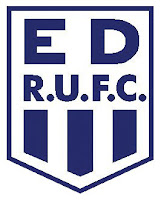 Late last year I was asked by Sports Chaplains Australia whether I was interested in being an honorary chaplain to either Eastwood or Gordon Rugby Club. As a very ex-colts and junior player for Eastwood, where our traditional arch enemy had always been Gordon, it was not a difficult choice. My exact words to the guy who rang me was I was interested in Eastwood, but Gordon could go to hell!  He was a little shocked until I explained my tribal humour.
It has been, to say the least, a fascinating ride as Eastwood’s first ever chaplain.
Some in the club have warmly welcomed a spiritual presence, others have been decidedly indifferent, and many somewhat hostile and derogatory. It has probably helped me that the club has arguably had its best ever season, capped off last Saturday with a heart pounding narrow victory in extra time in the first grade grand final.
To be honest, I have loved the rugby. Rugby is far from a universal male delight, but for many the body contact games like Rugby Union, Rugby League, AFL, American Football and Ice Hockey really do challenge and delight the male of the species. While there are some women who likewise love these sports, many others simply scratch their heads in dismay at games that do involve skill and speed, but also seem to be a great deal about brawn. But therein lies the appeal that starts in young boys and seems more enduring as we age. Yes, it is gladiatorial - where the strength, courage, teamwork, speed, skill and brute force of men in their twenties at their physical peak is something to behold. It's hardly noble but it’s better than war.
But young men don’t stay young for long. As their twenties fade, careers move into a twilight stage or are quickly replaced by new younger gladiators. Boys look up to elite footballers dreaming of their day, while we older males painstakingly glory only in our past.
The glory of humans fades so quickly. Games are fun but were only meant to be games. The drugs (normally alcohol) used to sustain and entertain the gladiators, are hard to let go of and often cause a lifetime of relational, physical and psychological pain. Rugby is a great sport but a lousy god. Human glory is a wonder but not our ultimate hope or purpose. To know of a glory that will never fade is to hope in One who delivers the ultimate victory.
His (God's) pleasure is not in the strength of the horse, nor his delight in the legs of a man; the LORD delights in those who fear him, who put their hope in his unfailing love.”  Psalm 147: 10-11
Posted by Word4Life at 8:58 PM No comments:

It's Only A Game 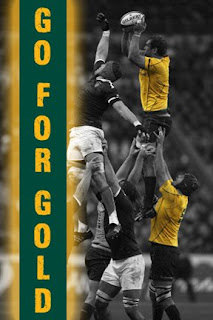 There is only one thing more depressing than watching the Australian Wallabies Rugby Union Team lose their match to Ireland last Saturday night. That is watching it on Channel 9, who broadcast it as a delayed telecast after some other sport and then had the hide to fill the game with more ads than a Sunday night movie. After watching for what seemed like an hour and a half and only getting to half time, I went to bed in disgust and saved myself the pain of watching another 90 minutes of try-less humiliation at the hands of the Irish. To be honest, the Irish are a good team and have almost done the same thing to us in other World Cups. So with Kiwi support and spoiling tactics, they earned their win.
New Zealand now has one hand on the cup, but when the  Wallabies won the World Cup in 1991, they did so by defeating the All Blacks in a semi final - something they might need to do again. Of course history is against that happening, as beating the All Blacks on home turf is about as likely as the Greek Government repaying their debts. New Zealand has their own issues to deal with in regards to not always playing at their best in World Cups, but Australia’s World Cup for 2011 seems mortally wounded.
Sport is a fun part of life, but it is just a game. In fact none of it is real. The game is just a made up set of rules supposedly refereed by an impartial expert, who often has problems with his eyesight. The rules are gazetted but over the years some are modified and others are completely changed. A synthetic, pumped up, oval shaped ball is thrown (backwards only), carried and kicked (forwards only) around a field, while lines on the ground take on mystical qualities, defining the field of play from the ground which is out of bounds. Most mysterious of all is the idea that if you get the artificial ball over a made up line, without dropping it and while having it make contact with the ground, before you get to another made up line, then a man blows a whistle and awards you five points, that are just imaginary for they don’t really exist. You can also kick the ball from a special place in line with your try, and if that kick goes from the ground and over a horizontal bar and between two vertical bars, even if it is higher than the vertical bars so long as you can imagine them going up indefinitely, then you are awarded another two imaginary points. In the process there are some very strict rules about what you can and can't do in a ruck, a different set of rules for a maul, and then some more rules to tell you the difference. One rule that always exists is that you can’t run with the ball with someone on your team standing in front of you, as that is unfair – unless you do the same thing from a lineout when it is redefined as wonderful forward play.
It is only a game.
For physical training is of some value, but godliness has value for all things, holding promise for both the present life and the life to come.  1Timothy 4: 8
Posted by Word4Life at 4:12 PM No comments: 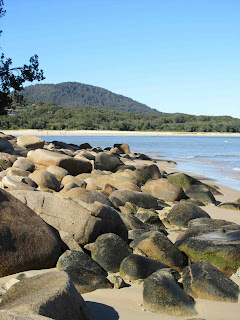 The passing of the tenth anniversary of September 11 brings hidden emotions to the surface. I know how deeply many in Australia feel at this time and we can only imagine the feelings and pain that is stirred in the US. It was a day that changed the world. Many can remember exactly where they were and what they were doing when they heard the news. For some in this part of the world the events interrupted the screening of a West Wing episode. For others, like me, we went to bed that night knowing nothing of the unfolding drama, only to wake to the morning radio news in disbelief and horror.

I remember many of my first reactions: “People don’t hijack planes any more”; “Surely not four planes.” As I turned on the TV news I was not to know I was watching a replay, as I yelled to my wife: “At least the buildings are still standing”; and then as the replay rolled on, “Oh no, one of the towers is collapsing!”; and finally, “Oh no – now the other tower is coming down too.”
I have one other rather unusual memory of that tragic week. Just the Sunday before I had finished up with a church I had worked at for nearly ten years. The job had been the ride of my life, so leaving was understandably tinged with sadness. We sang songs of praise that night and the last song was an old hymn sung to a more contemporary tune. The song ended with the hauntingly moving words …
My hope is built on nothing less
Than Jesus' blood and righteousness.
No merit of my own I claim,
But wholly lean on Jesus' Name.
On Christ the solid rock I stand,
All other ground is sinking sand.
When you are leaving a job of ten years to start again, your world feels like sinking sand. When a pastor leaves a church the members can feel that their church life is not as secure as they imagined. But that week showed that even if you are in one of the grandest, tallest, most secure buildings in the world, it too can become just sinking sand. The financial district of New York, the symbol of security, wealth, achievement and grandness, was turned into a pile of sand and dust.
To trust in Jesus is to put our hope not just in this world, but the next. To trust in Jesus is to acknowledge that we, and this world are passing away, so our hope must be in more than material. To believe that our future is secure, not in earthly peace or human achievement but in the graciousness of our creator God, is truly our hope. To know Christ, His death and resurrection, is to truly stand on the solid rock.
Posted by Word4Life at 3:44 AM 2 comments: 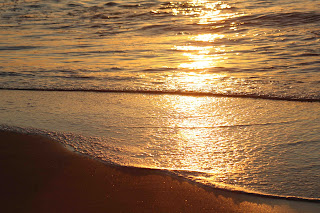 It remains one of the most remarkable and nonsensical legal convictions of all time. In 2006 Marcus Einfeld, a former Federal Court Judge, contested a $72 speeding fine on the grounds that he was not driving his car, but had loaned it to a friend. In the end it turned out that the friend had died some three years earlier and Einfeld was convicted of knowingly making a false statement under oath. He pleaded guilty to perjury and perverting the course of justice and was sentenced to three years in prison. Einfeld paid a high price for trying to save $72. He was recently released from prison after serving two years of his sentence and he commented that, sadly, in prison he had 'lost God'.  Einfeld put it like this:
"I grew up believing I had some capacity to communicate and I lost it. I felt bereaved about that for quite a while. I felt that at the time I needed Him (God), He wasn't there.''
Einfeld is not the first person to have lost his faith in prison, but surprisingly there have been a great many people who have found faith in God while in prison. Likewise in the theatre of war some people abandon their faith in God, bitter that such conflict and suffering seems inconsistent with any understanding of a God of love. However just as many people find faith in the heat of battle and suffering, convinced that they have no other hope in the face of the evils of humanity. So too sickness, misadventure, financial struggles and grief do lead some to abandon their faith, while many others find solace and strength in the security of God, when everything around them is insecure. Even really good times, good news and exceptional circumstances lead some people to abandon a God they seem to no longer need, while the same joy drives other people to praise, thanksgiving and faith.
So maybe our circumstances are less important to faith than our attitude. Humility, trust and an acceptance that God is greater than us seems to be a path to faith in any circumstance. Pride, foolishness and bitterness seem to cloud the mirror of faith, such that God seems to disappear. God seems quite accessible when genuinely sought, but remote when we demand or expect. The Bible encourages us to seek, but when seeking is replaced by demanding, then we have dethroned God and, not surprisingly, He appears remarkably absent.
In his pride the wicked does not seek him; in all his thoughts there is no room for God.  Psalm 10: 4
Posted by Word4Life at 4:38 PM No comments: