When spin is downright deceit. 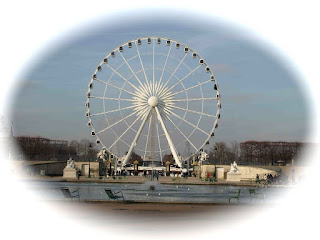 Spin might be a new word but the presentation of the best side of the truth is hardly a new idea. Anyone involved in any communication has at some stage highlighted the aspect of the truth that best supports his or her argument. Husbands and wives have been guilty of this for generations. Historians have made careers out of their very narrow perspective on the truth. Having said that, we seem to be entering a dangerous era where spin has increasingly replaced the truth altogether and the consequences may be much greater than we imagine.

It has recently been revealed that for a number of years the Government of Greece, with the help of some very clever (and well paid) investment bankers, has been hiding their debts to satisfy the fiscal demands of being part of the EU and particularly being part of the Euro. In essence if the truth was known, Greece may never have been allowed into the Euro because the risks to everyone else were too great. Likewise the great corporate collapses of the Enron Corporation and Lehman Brothers saw a phenomenon called 'off balance sheet' - spin for assets and more often liabilities that are not publically disclosed in the companies' financial statements. In other words, the companies were lying about their financial position. Similarly the supposedly wonderful and safe Australian banks have a huge 'off balance sheet' exposure to financial products called derivatives, but we are told not to worry because they know what they are doing. Likewise statistics like unemployment and inflation, essential numbers for economic planning, have systematically been debased in the name of cost cutting and spin. Now according to many experts unemployment and inflation are both way higher than the official figures, which have been designed to make governments of all persuasions look better than they really are.

We are told that what really matters in economics is that we remain confident and thus, if a bit more spin is spun, everything will be okay. However the history of individuals, corporations and sadly, governments, is that a whole lot of very confident people, corporations and governments have gone bankrupt, because in the end creditors are eventually concerned about whether their bills are paid, not just whether those in debt feel they can pay the bills.

There comes a point where spin is not just spin, it is the downright telling of lies. And just as parents tell small children, one-day lies catch us out!

For Jesus, truth was ultimately a key to freedom. Facing the truth gives us the chance to assess problems and deal with their reality and implications. Spinning the truth seems to get us off the hook but the problem does not go away. Spin will not set us free - it will set us in a spin and eventually we will stop spinning and fall over, giddy and disorientated - and the problems will still be there! Avoiding God is also a popular pastime but His tough love, calling us to faith and repentance, is not going away. Spinning can avoid facing the truth for only so long.

Then you will know the truth, and the truth will set you free.” John 8: 3