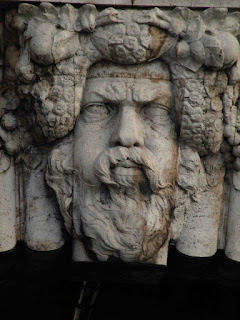 Most of the economic experts around the world are saying that the worst of the Global Financial Crisis is over, the problem is fixed and governments around the world have solved the crisis by borrowing more and spending it to stimulate their economies. However what is starting to emerge is that some nations have borrowed too much and are now having trouble repaying their national loans. Or more to the point, the market is starting to get fearful that they may have trouble repaying loans, which is driving up their interest rates on bonds which in turn is making it even harder for them to repay debt.

Have you noticed the rather bizarre suggestions and reactions of the last couple of weeks in response to the Greek sovereign debt crisis?

1. Some desperate Greek politicians have suggested that Germany (who is much more disciplined with its money) should pay some more reparations to Greece in compensation for the cost of WW2. You can imagine how that suggestion was received in Berlin.

2. In reply, some German leaders suggested that the Greek government could sell off a few Greek Islands and might consider auctioning a few historical treasures that could raise a little cash. This was not well received in Athens or on the beautiful Greek Islands.

3. The French President came out and assured Greece of Europe’s support, saying “The main actors on the European stage have decided to do whatever is needed to make sure Greece is not isolated”. However in the same speech Mr Sarkozy also ruled out immediate financial backing, stressing that his finance minister would draw up a list of possible aid plans. In other words, whatever it takes, short of actually giving Greece our money!

4. In the midst of all this the Greek government itself has embarked on sensible 'austerity measures' to reduce spending and increase taxes. However the Greek populace has been on the streets protesting and at times rioting because their standard of living is, like most westerners, seen as a divine right.

But don’t worry, we are assured, the sovereign debt crisis is just a 'Greek thing' and won’t affect the rest of the world. Except of course that the Greeks owe all sorts of banks from all sorts of places around the world a great deal of money - not to mention the other members of the so-called European group of PIGS (Portugal, Ireland, Greece and Spain), whose national balance sheets are awash with red ink. Of course there are also a few concerns in places like Italy, the UK and indeed the USA, but we don’t have to worry about that because the God of money is our shepherd and we shall never want of more credit to fuel our divine right to get richer and richer.

When the false gods of money are exposed as liars, exploiters, deceivers and enslavers, there will be more people on the street. Until the Western World abandons its worship of all things material and learns to live within its means, there is certainly going to be a lot more pain ahead. Worshipping the wrong god can create a hell of a mess.

“So Moses went back to the LORD and said, “Oh, what a great sin these people have committed! They have made themselves gods of gold.” Exodus 32: 31