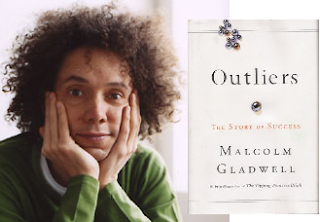 Malcolm Gladwell in his book Outliers tells the story of research that was done a number of years ago regarding plane crashes. The research was disturbing because it suggested that the ethnicity of the pilot was a large contributing factor. Though no one wanted to accept the research it seemed that if you were flying on a plane piloted by some nationalities you were in much greater danger. You can imagine the sort of interest there was in suppressing or even ignoring such research; for fear that racial typecasting would simply lead to more ignorance and racial bigotry.
Fortunately with air safety the greatest determination was made to examine why pilots of some ethnic backgrounds had a higher percentage of crashes. Their training after all was all the same. Standards were not the issue. It was not a question of ability or intellect or skill as all professional pilots were of the highest caliber. After more research it became clear that one issue that was linked to culture began to stand out as a major safety risk.
Co pilots are trained to follow the orders and direction of the senior pilot of a plane. It is generally the rule, the co pilot does what he or she is told. However, co pilots are also trained to take responsibility especially if they are convinced the pilot is in error. They are trained to question, challenge and if necessary override a pilot who is either in error, negligence or for whatever reason is functioning incorrectly. What the researchers discovered was for some cultures this was almost impossible as respect for authority, or respect for those older or simple cultural “ niceness” meant that the co pilot would rather obey than avert disaster.
In the end the problems were solve when pilots of certain ethnic backgrounds were re trained to insist that their flying protocols were to override culture. Everyone was taught to question when necessary, even someone culture tells us to unquestioningly respect.
In Australia 30 years ago it was an unquestioned cultural norm to have a top load washing machine. Over the years increasing numbers of us have realized that our Aussie culture was wrong and the Europeans front loaders use less water and basically wash clothes a lot better, without creating lint. Owner ship of front loaders has grown in Australia from 13% in 2005 to 31% in 2011.
Some cultures on mass embrace religion or certain religions while in other cultures the dominant reaction is to reject all faith. For some culture and religion are the same things. Tragically in many countries today to abandon a certain religion is punished by governments with floggings or even death.
Culture does matter but cultures do over time change. We should seek a world where belief is determined by truth and experience and not by the dominance of cultural belief or unbelief.
“Sing to the LORD a new song; sing to the LORD, all the earth.  Sing to the LORD, praise his name; proclaim his salvation day after day.  Declare his glory among the nations, his marvellous deeds among all peoples.  (Psa. 96:1-3, NIV)
Posted by Word4Life at 11:29 PM No comments: 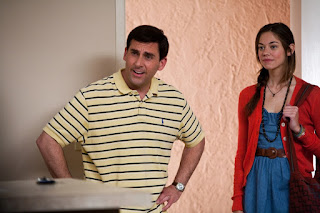 In the recently released movie, 'Crazy Stupid Love', the lead character Cal, played by Steve Carell, is a middle-aged guy who has lost his way in many areas of his life. His wife has had an affair and at least in the mind of one new friend, it is pretty much Cal’s fault, as he has forgotten what it means to be a man. Cal meets a young hip guy who takes him on as a project and begins by addressing his numerous fashion crimes.
As I watched the movie, this story line began to make me feel uncomfortable. Cal is firstly rebuked for wearing a suit that really is a size too big for him. I am not sure how many middle-aged guys are guilty of this, but I felt a bit uneasy watching the movie thinking about my current suit that, arguably, is a little baggy on me. I’d like to convince myself that I have lost weight, but the thought that buying a suit too large was not just an innocent mistake but rather a generational marker, did make me squirm.
When the hapless Cal finally agrees to a makeover, he goes to meet his young trendy friend while wearing a yellow short sleeve polo shirt. Wouldn't you just know it? It looked a lot like a shirt I was planning to wear again this summer when the warm weather finally arrives. I’d always liked my yellow shirt, but somehow on Cal it looked rather pathetic. His final unforgiveable crime was that he was wearing a particular brand of white joggers with his blue jeans, which apparently unless you are the recently deceased CEO of a major computer company, is rather bad form. I sort of agreed with this and relaxed knowing that I much prefer to wear my RM Williams boots with my blue jeans. But then I remembered that before the movie we had been for a long coastal walk and although I had changed from my shorts to jeans, I had saved on time by wearing the same shoes – white joggers. I was relieved to remember that our practice of staying until all the credits are finished was probably going to save me a great deal of fashion embarrassment.
Of course fashion is a very fickle thing. What is in today is out tomorrow. Tragically religion and faith are, for whatever reason in much of the western world, really just not a fashionable thing to be involved in. It's not what the cool people do! Mind you spirituality is okay but a personal confessional faith in a living God, expressed corporately through membership of a believing community like a church is, in the eyes of many, the ultimate fashion crime.
And that to me is the ultimate crazy,stupid reason to ignore the true and living God. To care more what men think of us than what God thinks of us is to miss out on the sort of divine love that really is unconditional and eternal.
“Am I now trying to win the approval of men, or of God? Or am I trying to please men? If I were still trying to please men, I would not be a servant of Christ.”  Galatians 1: 10
Posted by Word4Life at 3:21 PM No comments:

Steve Jobs' death at age 56 is so tragic. As a long term member of the Apple tribe, I am sad to see Jobs' death at a relatively young age. His achievements and willingness to think differently deserve praise and reflection. His remarkably wide impact on not only the computer industry but animated movies and the music industry is something so rare.
Jobs was a brilliant and remarkable individual. His technical ability was very special, but what I admired most was his ability to take good technical ideas and make it work for the average person. Jobs did not invent the Macintosh operating system, he bought it from another company who had spent 10 years developing it, but could not see a future for it. Jobs didn’t invent portable music or even the mp3 player, but he helped build a product that was so easy to use it wiped out the competition. When George Lucas gave up his dream of computer animation and sold Pixar to Jobs for $10 million, he never imagined that one day, after so many hit movies, Job’s would sell the same company to Disney for $7 billion.  When Jobs suggested that he would make a cell phone, many must have reminded him of names like Nokia and that it really was too late to get into that market. But the iPhone did what Apple computers could never achieve - it finally convinced millions of diehard, committed and loyal tribal PC users that Apples were much sweeter than they imagined.
Having said all that, Jobs has hardly saved the world. Computers may be user friendly but humans continue to be very violently unfriendly to each other. In animated movies even the toys are kind to each other, but in life kindness is most often seen as an unaffordable weakness. System failure may be avoidable with sweet computers, but the systems that support our marriages, commerce, banking and governments crash way to often with devastating consequences. Viruses may be rare on some fruity computers, but in life viruses, bacteria, diseases and tragically cancers continue to threaten our very existence.
One american recently lamented: “10 years ago we had Steve Jobs, Bob Hope and Johnny Cash. Now we have no jobs, no hope and no cash".
God alone deserves the honour as the greatest inventor and maker. Jesus remains our only Saviour who has defeated the most persistent enemies of sin and death. The Holy Spirit continues to be a deposit, guaranteeing our inheritance. From the Bible comes the idea that God alone is the ultimate apple of our eye.
Keep me as the apple of your eye; hide me in the shadow of your wings.  Psalm 17: 8
PS The graphic was apple computers first logo - it obviously needed a little modification
Posted by Word4Life at 3:09 PM 1 comment: