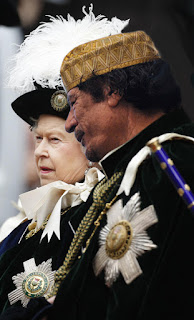 If you believe much of the talk in the Western media over the last few days, the fall of the Gaddafi regime in Libya is about to usher in genuine democracy and freedom for the people of Libya. After all, that is why the USA and NATO have supported the uprising against Gaddafi. The 42-year despotic reign is about to end and Western style democracy is about to flower. Call me a cynic but I fear the celebration might need to be tempered.
Did democracy and freedom flower in Iraq after the fall of Saddam Hussein, when President Bush famously declared, "Mission accomplished"? No! In fact a brutal dictatorship has been replaced with something possibly even worse. Civil war, tribal intolerance, religious hatred, economic malaise, escalating poverty, the destruction of most basic infrastructure (roads, power, water, schools etc) and the breakdown of society has followed. The fall of the Taliban in Afghanistan, now almost ten years ago, has also not resulted in flowering democracy. The Taliban fled to the hills but are still fighting and now leadership is in the hands of a plethora of warlords, some of whom we now deem friends, though the stench of corruption, injustice and threat is as bad as ever. Clearly the flood of refugees suggests that somehow removing one tribe with a big knife (or a series of guns and rocket launchers) often results in the next guy with a big knife (or artillery). Egypt had its spring revolution which again promised so much, but many of the minorities, especially Christians, are under the greatest threat to their existence in decades, with increasing fears that the power gap in Egypt will eventually be filled by the most organized and the most militant - the Muslim Brotherhood.
Of course then there are the other supposed people's uprisings against tyranny that the west is simply ignoring. Syria’s bloody suppression of its own people gets harsh words from the West, but no action, because maybe deep down the West knows that as bad as Assad is, the alternatives are either unknown or unimaginable. There are also a few other places where the West has done and said nothing, when protesters have been dispatched with the brutality and excess of Tiananmen Square in China.
When I was at university in the early 1980s, our visiting American tutor in International Politics was a former CIA operative. He later went on to become the US Ambassador to Israel under the Clinton administration and these days is often seen chatting to Tony Jones on Lateline. He had one overriding principle that he drummed into us about International Politics: that morality had no part to play. Yes, you read correctly. The one principle he hoped we learned from his course was that International Politics was about self-interest, national interest and not morality.
So don’t be surprised when we talk about freedom but then support the next thug who might also be on our side. Unfortunately human nature is very complex and dark. The bad guys are rarely as bad as we portray them and our motives and desires are rarely as noble as we insist.
A spiritual Kingdom and hope becomes even more real as the bad guys are rarely replaced by good guys and the good guys are a long way short of good.
The heart is deceitful above all things and beyond cure. Who can understand it?  Jeremiah 17: 9
Posted by Word4Life at 5:39 PM No comments:

Not all our eggs in one basket 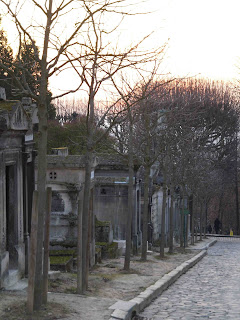 There is actually no easy way to financially prepare for retirement. Greece and Ireland (and to a lesser extent Italy and Spain) have shown that relying on a generous government pension is only as secure as the finances of that government. Worse, you are actually relying on the wise financial decision making of politicians, which is at best tenuous and at worst a pipe dream. The USA has a generous government retirement program called Social Security, where in theory the government takes some of your tax as you work and puts it aside for your retirement. I say in theory as repeated US Administrations of both Republican and Democrat flavours have raided the cookie jar and the program is now substantially, if not entirely, unfunded.
In Australia, at least since Paul Keating was Treasurer, we have a program where the money really is put aside and 'wisely invested' for our retirement. The bulk of that money has been invested in the stock market, which seemed for a long time to be a guaranteed strategy for providing security for retirement. However in the last few years it has not been looking so attractive. Over the last five years the Australian stock market has actually returned zero. Alan Kohler explains:
For the past five years the market has given nothing. After the 20 per cent correction between April 11 and August 8, the ASX 200 accumulation index (capital return plus dividends) has now produced a zero five-year return. (Business Spectator 15/08/11)
Of course the superannuation industry will have taken out quite a bit in fees, so the overall result is that for most people over the last five years their super has earned nothing and is probably now less than what they have contributed. Under grandma's bed is starting to look like a cheap and attractive alternative!
The point is not to give up on super, but to acknowledge that funding 20 or 30 years of non-earning is not an easy process. There are so many variables, not least knowing how long we will actually live.
It is good to do our best to financially prepare for the period in our life, post work. But maybe we should also prepare for the period beyond that. These days the topic of death and the question of the afterlife are rarely discussed. The ultimate spiritual questions have been removed from our public agenda. To prepare for retirement is seen an essential for all – to make our peace with God is considered the weird pursuit of a few.
We are all destined to get old, retire and die, though not necessarily in that order. Our super will either run out before we die or we will run out before our super. Either way a secure eternity, guaranteed by a loving forgiving non-commission taking God, must be our ultimate hope and security.
“Just as man is destined to die once, and after that to face judgment, so Christ was sacrificed once to take away the sins of many people; and he will appear a second time, not to bear sin, but to bring salvation to those who are waiting for him.”  Hebrews 9: 27-28
Posted by Word4Life at 3:57 PM No comments:

Back to earth with a thud 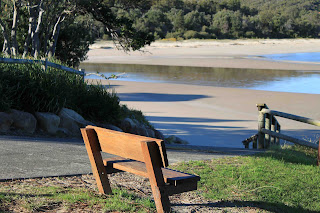 Sometimes it seems we come back to earth with a thud, when the unexpected turns out to be a little worse than we planned or envisaged. But at other times the reverse is true and the disaster we fear is unfolding around us turns out to either be not as bad as we feared, or actually much better than we dared to imagine.
Last week Zoe Sievwright, a 29 year old Scottish woman, took part in a solo parachute jump in Perthshire, Central Scotland in memory of a brain tumour victim. Sievwright jumped out of a plane at 1000 metres off the ground and counted the required time before she opened her chute. But when she pulled the cord the parachute tangled and refused to open. She was unable to fix the problem, so in desperation she pulled the second cord to open the emergency chute. As this chute opened it became tangled with the failed main chute and Ms Sievwright plummeted to the earth at 190 kph.
After free-falling a kilometre, Ms Sievwright crashed to the ground some 2.4 kms from the drop zone. Amazingly she survived the impact and then discovered that her only injury was a broken ankle. Her remarkable escape was explained by the tangled parachutes slightly slowing her descent and the field presumably being softened by Scotland’s wet weather.
Many of us stress and worry about the things we cannot control. It is natural that when we are free-falling we fear the inevitable thud. The Bible encourages us to worry less, to concentrate on the things we have control over and to hand the rest over to God. It may sound simplistic but we have little other choice. So much of life is beyond our control and learning to let go liberates us to enjoy the ride a little more.
The pain of yesterday’s falls will heal and a broken ankle will eventually reset. The fear of what might happen tomorrow can mean that we eliminate all the risks, but in the process we miss the opportunity to fly.
“Therefore do not worry about tomorrow, for tomorrow will worry about itself. Each day has enough trouble of its own.”  Matthew 6: 34
Posted by Word4Life at 4:22 PM No comments:

Crisis over but we still need to go to the ant 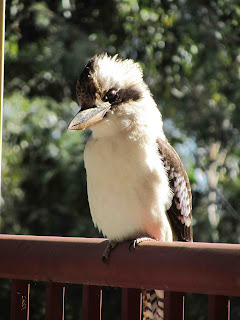 Faced with bankruptcy because there was not enough money to pay the credit card, the US has averted crisis by agreeing to increase their credit limit, borrow some more and keep paying the minimum monthly charge. The world sighs with collective relief but the problem has not gone away. The solutions seem politically unattainable but any understanding of Personal Finance 101 would suggest that the real answers are simpler than imagined.
If a person was faced with such a dire fiscal  outlook, they really would have no choice but to consider the only rational strategy. Firstly, they would have to look for more work to increase their income. And secondly they would have to start spending less than they earn, in order to decrease their debt and so bring their personal balance sheet back into order. The US solution, while unpalatable, is clear: they have to increase taxation and reduce spending. Politically it may seem impossible but surely there is no other solution should the debt just continue to grow.
Often in our personal lives the solutions to our problems are closer than we imagine. But we, like the USA, baulk at the hard work and pain that may be involved. If our weight is out of control we are faced with a simple solution: we need to eat less and exercise more. If our personal finances are out of control, we need to earn more and spend less. If a husband’s marriage is on the rocks, again the situation may seem impossible. But a costly commitment to worry much more about her needs and overcoming his faults can be so much more effective than a lifetime of obsession with his needs and her faults.
The Book of Proverbs in the Bible is filled with the sort of wisdom that may seem at first glance to be full of over generalisation and naivety. But the wisdom of the Ancients deserves consideration when our regulated, medicated, bureaucratic and complicated age seems intent on making sure we never face any discomfort or pain. Even the simple wisdom of looking at the ants deserves more than a passing glance. Not everything can be solved by hard work and discipline, but maybe more solutions are staring us in the face if we are willing to make the sacrifice and do the work.
“Go to the ant, you sluggard; consider its ways and be wise!  It has no commander, no overseer or ruler, yet it stores its provisions in summer and gathers its food at harvest. How long will you lie there, you sluggard? When will you get up from your sleep? A little sleep, a little slumber, a little folding of the hands to rest —  and poverty will come on you like a bandit and scarcity like an armed man.”  Proverbs 6: 6-11
Posted by Word4Life at 5:39 PM No comments: