Where has all the logic gone 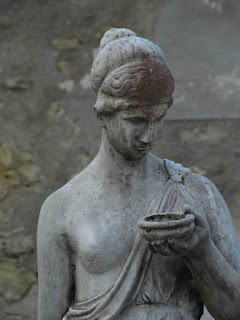 There are certain things that just don’t make any sense. Certain things that if you applied the smallest amount of logic you would not do. There are many things we do that just plain defy reason. Here is just a very small list. (I have tried to make this list balanced, but it was actually very difficult to quickly think of as many irrational, silly things done by women as those done by men - sorry guys!)

· Why did Hitler take on a second front in WW2 and invade Russia?

· Why did Hugh Grant trash Liz Hurley for a rather unimpressive prostitute?

· Why did the Coalition appoint Barnaby Joyce the Shadow Minister for Finance?

· When is Peter Garrett going to release his new song: “How can we sleep while our bats are burning”?

· Why did Sandra Bullock’s husband have an affair with a tattoo model?

· Why do celebrities twitter about their relationship dramas and then complain that the press is invading their privacy?

· Why would Peter Costello leave politics and only a few months later dump on his former colleagues?

· Why would the Australian Prime Minister write a fairly lame kids book about his cat?

· Why would 20 million people watch a YouTube video showing an Aussie girl drawing with a texta on her stomach to demonstrate how to have fake abs?

The bottom line is that we are really not as rational as we make out. Our eyes, our senses, our emotions and sometimes our most basic instincts, that are not really all that reliable, often drive us.

With the help of the high priests of atheism like Richard Dawkins, we convince ourselves that we are rational beings and therefore have no room for an irrational God. Sadly we are far from rational and belief in God makes a lot more sense than many will ever consider.

To believe there is a God who created life, who reveals our rebellious and corrupt condition and who offers us forgiveness, restoration, renewal and sonship, is not only reasonable but wise. To trust in God and His ways at the expense of human certainty is a leap of faith, but faith built on the strength of God, not on the pride of humans. To join the 'great cloud of witnesses' through the ages who have believed in God and doubted humans may be untrendy – but maybe it’s a trend worth breaking!

“Some trust in chariots and some in horses, but we trust in the name of the LORD our God.” Psalm 20: 7