Good Rules Make All The Difference 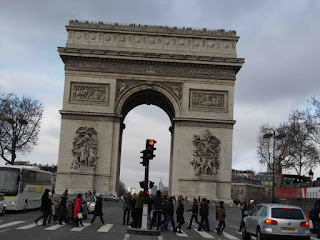 When I was a kid I belonged to a small and obscure tribe: the tribe in Sydney that liked Rugby Union more than Rugby League. In the 70s when League was the all-conquering professional game, Rugby was a small niche sport. I attended a famous Rugby Test in 1973 where, with a crowd of about 2000 people, we wept as Tonga humbled Australia by 30-12. It was a time when it seemed that Rugby League would continue to buy all the best Rugby players and the game would fade into complete obscurity.

In the late 80s through until recently, Rugby was reborn. While League struggled with controversies ranging from scandals, splits and lack of international competition, Rugby emerged as the running international game. With the advent of the World Cup and Super 12, professional Rugby’s high point came when the tables were turned and high profile League players where switching back to Union. In this era I rarely saw a test match live, as you couldn’t get a ticket.

Sadly it seems the tide has now turned again and Rugby is again in terminal decline and League is on the rise. Though the tribalists will claim that one game is better than the other, it would seem to me that the real change between the codes has been in the area of the rules. League's rules in recent years, with the 10 metre rule policed by two referees, the speeding up the game at the play the ball, the 40/20 rule and a few others, have meant the game is fast and rewards those who throw the ball around and take risks. Because the game is so fast the 'big guys' get very tired, which leaves room for the little fast guys, like Jonathan Thurston, Matt Bowen and the like to run riot.

By contrast, Union's rules have somehow ground the game down. Players regularly barge forward one metre crashing into their opponents, while slowly the ball is played back to their supporters who repeat the bash and barge exercise. The rules punish anyone with initiative, as the cardinal sin of modern Rugby is to be isolated in attack – meaning that the ball is constantly passed back to the middle of the field where support is to be found. Consequently the game is slower and slower and the players are larger and larger. It is routine now for wingers to be over 100 kgs and the small fast guys are almost extinct.

Who would have thought that rules could make such a difference? When God gave his 10 rules to Moses, or Jesus taught about his golden rule of loving one another, they did so that we might enjoy this game of life to the full. Rules give the impression of restriction, but in other ways the right rules open life up to all its divine possibilities. Indeed Jesus' conclusion was that following His ways would not only promote life and joy, but true freedom.

Rules matter and divine rules provide a framework where we can live life and life in abundance.

Where there is no revelation, the people cast off restraint; but blessed is he who keeps the law.(