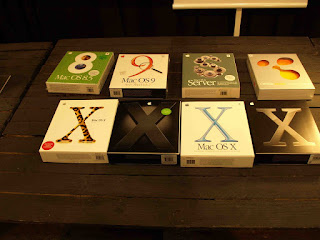 Adam Turner, a gadget guru, wrote this week about his strange adventure at the launch of the Apple iPad in Sydney:

“We were somewhere around Bondi Junction, on the edge of the iPad launch, when the Kool Aid began to take hold. The opening of an Apple Store has always had the feel of a Pentecostal revival meeting. The passion. The conviction. The showmanship. All those within the traveling tent united in the unfaltering belief that the good word from the Book of Steve, and a generous cash donation, can heal their broken lives. I've seen new Apple Store employees run laps of shopping centres on an opening day, possessed with the spirit and speaking in tongues as they fired up the crowd. Many bore witness as the sick were healed that day and the blind granted sight. Forming a guard of honour, or perhaps preventing escape, the temple priests lined the entrance and welcome the faithful into Apple's newest house of worship.”

As an Apple fan I must admit this is a bit ridiculous. Steve Jobs is a great guy but he joins my long list of potential messiahs who don’t deliver….

· Kristina Keneally - Premier of NSW and supposed saviour of the ALP in NSW (good luck!)

· Facebook - the place to reconnect our community (and exploit people’s personal information for a profit - thanks!)

Messiah is a title that humans can never really live up to.

By contrast, Jesus' claims to be the messiah remain impressive. Having never written a book, stood for office, sold a product, made a fortune, commanded an army or even owned a house, Jesus' teaching remains revered, His life remains an inspiration and His death captures the mystery of how the true and living God somehow glories in defeat rather than victory. The Man who was ridiculed by the power elite of His day remains a persuasive force for good, millennia after their tin pot regimes have wasted away. His consistency of life, His moral compass and His non-judgmental love continue to shine in a world where hypocrisy is one of our most universal human traits. Jesus continues to be ignored, misunderstood and used as a swear word, while His followers adhere to His teaching of never raising a sword in His defense.

His Kingdom is not of this world – it’s too good for this world!

“I (Jesus) am the gate; whoever enters through me will be saved. He will come in and go out, and find pasture. The thief comes only to steal and kill and destroy; I have come that they may have life, and have it to the full.” (John 10:9-10, NIV)