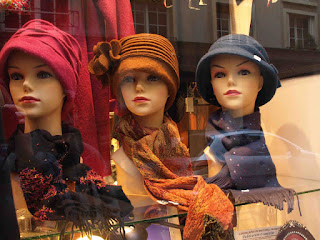 I have a pet theory about Australian politics that I cannot prove, but it seems to match all the evidence. After years of popularity at the start of 2007, the polls turned against the incumbent Liberal government. That whole year went by and the government just could not believe its slide in popularity. The government’s line was that our economy was fine and people had never had it so good. But rising interest rates, the threat to real wages from 'work choices' and the gathering economic storm called sub-prime, worried people. My theory is that the unwritten rule of Australian politics has been: 'Make us richer and we will vote you in - Make us poorer and you have failed, so it's time for an alternative'. Under the previous government most people, for over a decade, became richer (especially in asset wealth), but much of that wealth was built on consumer and mortgage debt. So as interest rates rose, the vast and indebted populace was threatened enough to trust a man who promised to look after 'working families'.

Enter Mr Rudd and through 2008 the economic dark clouds converged into the perfect storm that might sink the whole economic ship. With massive government spending, cheques in the mail, free insulation and a new hall for every school in Australia, the polls reflected Mr Rudd as a conquering hero. We all loved our Rudd money, our Rudd buildings, tax cuts for business to invest in capital and the Reserve Bank helped by slashing interest rates. The debt burden felt lighter and then with gifts of tens of thousands of dollars (in the form of grants to first time home-buyers), a new generation of home-buyers was encouraged to increase the mortgage debt to keep the property market alive. And the polls rewarded the government with record approval, as Mr Rudd and Mr Swan boasted that they had saved Australia from the Global Financial Crisis.

But now 2010 feels a lot like 2007. Interest rates have increased rapidly again on an even more indebted population. Spending a fortune of government stimulus quickly revealed mistakes and mismanagement. The storm clouds are now gathering again in Europe as the international debt has moved from banks to governments. Retail sales are down, the stock market is sliding, the property market seems to be wobbling, new home starts have fallen off a cliff, and an even more heavily indebted nation is starting to fear again. Like 2007, the government's popularity is plummeting and the big new tax on mining feels like a government determined to pay its debts by killing the goose that was laying the golden egg.

In a weird way politics and religion have fused. The worship of all things material fuelled by cheap credit is a false god that is guaranteed not to deliver. When the worshippers of mammon vote, they will look for scapegoats and we may be in for more instability. In the end the solution may not be political at all. De-leveraging (at a government, corporate and personal level) a period of reducing spending, declining asset prices and paying off debt can only be achieved by the realization that we are not as rich as we thought we were. And we might all have to tighten our belts, work harder, look after those who sadly will lose their jobs, re-learn the word thrift and realize that money is not god. It won’t be popular but it might be good for our souls.