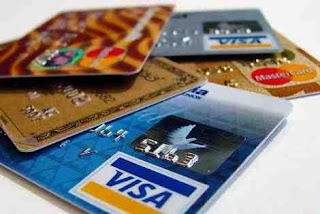 In the car I listened to the 1pm ABC news that led with the story, “Credit Card debt in Australia now exceeds mortgage debt”. The news simply quoted the SMH story and likewise was completely wrong. With my lunch now spoiled, I phoned the ABC and, after a little run around, I spoke to a journalist who wrote the news. After a little persuasion she too realized that the story was wrong and promised to look into the wording for the next bulletin. In the meantime I rang the SMH and they told me the story was from the Age in Melbourne. I emailed the journalist in Melbourne who replied quickly, saying that the story was an AAP wire story that the paper had just reprinted and added his name as a by-line. He too promised to check my figures. Within 20 minutes his story added an extra paragraph saying that not withstanding this report, the total mortgage debt in Australia was $1.1 trillion and the total non-mortgage debt including credit cards was $140 billion. By 2pm the story had disappeared from the ABC radio news.

On the ABC 7pm TV news the story appeared this time with a much clearer presentation. According to the Melbourne survey, 36% of people in Australia now have credit card debt, while 33% have mortgage debt, though of course that mortgage debt is in total 25 times larger. The whole exercise showed how inaccurate our media can be. We tend to accept by faith that a lead story in the paper or on the radio will be true, but headlines can be deceiving.

To believe in a God we accept by faith and not sight, seems too risky to many. But perversely, we trust in the men and women we can see but who often do not tell us the truth. The Scriptures point us to the God we cannot see, but who we can get to know and rely on. To trust in the true and living God is a step of faith, but one that has been examined and re-examined down the centuries and will stand a lot longer than a great deal of journalistic hype that sometimes doesn’t even last an hour.

“Now faith is being sure of what we hope for and certain of what we do not see. This is what the ancients were commended for.” (Heb. 11:1-2)