Were The Premier's Words Unforgivable? 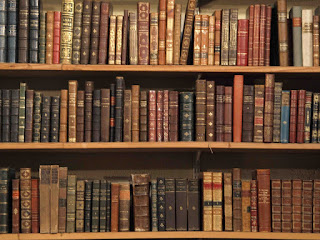 Last week the NSW Government was plunged into another scandal and ministerial resignation. The Channel 7 News team filmed a Senior Minister as he was exiting what was described as a gay club. The Minister resigned his portfolio and apoligised to his family for the trauma these events had caused. The hypocrisy of a news service becoming the standard of morality has been widely and rightly debated. The embattled Premier of NSW, Kristina Keneally, at times must have regretted ever taking on the leadership of such an accident-prone team, but her choice of words in describing the incident were, to say the least, very regrettable.

The day after the release of the footage, Premier Keneally explained to a press conference that the disconnect between the public face and the private life of her former Minister and colleague was unforgivable. She lamented the pain caused, not to her Government but to the family of the minister, when she used the word ‘unforgivable’. Unfortunately the Premier should have consulted her diary before she decided to use ‘unforgivable’ to describe the behaviour of her former colleague. If she had checked her diary she would have noticed that later that same week she had been booked to lead a “Moderated Conversation” at the Sydney Writers Festival with the writer Stephanie Dowrick, on the difficult and emotionally charged subject of forgiveness. Following a late withdrawal from the conference by Elizabeth Gilbert, author of Eat, Pray, Love, Dowrick had been booked along with Keneally to discuss the topic of forgiveness.

Judged by the standards of the Channel 7 News, many of us have secrets we are not keen to have filmed and we have thoughts that would destroy our public image if they were all published and revealed. Judged by the pure and holy standards of the true and living God, we all need to bow before His throne and seek forgiveness from the One we have really offended. God’s investigative skills make Channel 7 look like a bunch of hypocritical amateurs!

Before the throne of God we are all guilty and our only hope is in His forgiveness.

Unforgivable is reserved for the unrepentant.

“This righteousness from God comes through faith in Jesus Christ to all who believe. There is no difference, for all have sinned and fall short of the glory of God, and are justified freely by his grace through the redemption that came by Christ Jesus.” Romans 3: 22-24