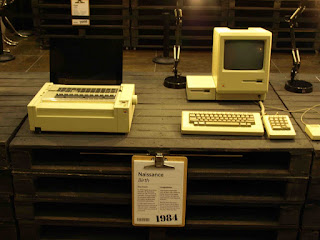 A phenomenon of social research in the last few decades has been to give the generations a name. Generation 'X' and then 'Y' and so on have followed the 'Baby Boomers'. If you had to name a generation the 'iPhone Generation', I wonder which age group you would describe. At church last Sunday I observed something that leads me to believe that the title 'iPhone Generation' should go to a group you would probably not immediately equate with this title.

During our service I watched two kids playing with an iPhone that belonged to the mother of one of the children. I was pretty amazed as the young girl turned the phone on, flicked to the applications' (apps) page, flicked left to another set of apps, clicked on the app icon, and then scrolled down the page to browse some photos. Then after a few photos the little girl chose a video and enjoyed watching this record of her playing at her cousin’s place. Eventually another boy of the same age came over and borrowed the phone. He reset the phone using the button at the bottom and likewise searched and flicked through the apps until he discovered what he was looking for. He then opened the game and proceeded to try and shoot a ball into a basket on the screen. The young girl watched and was impressed by the boy’s ball skills.

What was really, really amazing about this scene was that these two children are both only two years of age. Yes I checked and they are both only two! I guess it says something about the quality of the technology and the ease of use of the interface, but it also says something about the wonder and marvel of childlike faith. Children learn so quickly as they lack the ego that resists change and don’t mind making mistakes. Their fear of the unknown is tiny compared to their sense of adventure to learn. I must admit that twenty years olds have frightened me in the past with their assimilation and adoption of the latest technology. My comfort now is that those a generation younger than them will one day make them look like cranky old-timers.

When Jesus praised the idea of childlike faith, He did not mean to advocate an immature, uncritical acceptance of spiritual things. What He was praising, I believe, was that childlike sense of adventure that accepts the idea of a loving God without being threatened or undermined. To know God is to open ourselves up to an adventure filled with the unknown. Things we don’t understand or things that question the way we have always done things threaten wise old adults. God calls us to open ourselves to Him, to cast off our pride and to accept that He alone is God.

To humble ourselves before God is never childish, but ever childlike.