The Tale of Two Teenagers 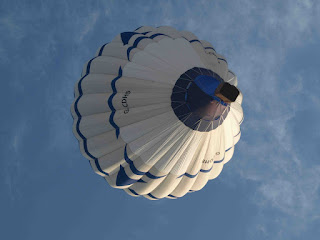 The Australian media is awash with the stories of two teenagers. Both are stories about risk. Both are a little hard to come to grips with. Both in their own way are shocking. One has a wonderful happy end - the other has ended in the worst tragedy.

Over 7 months ago Jessica Watson, a teenager not yet 17, set out alone in a small boat to sail nonstop around the world. The risks involved were incalculable. The first night of this journey exposed these risks as Jessica amazingly survived a collision with a tanker. Many followed the adventure of this teenager as she survived storms, knockdowns and many other challenges. Last Saturday, the Prime Minister and thousands of waiting fans welcomed her home as a hero. Most are amazed at the courage and skill of this young woman. But the critics remain asking how a parent could allow a 16 year old to take such extraordinary risks.

Nona Belomesoff was probably a much more cautious teenager. She didn't have a dream to sail around the world, but she too had a dream. Her dream was to work with animals. As an 18 year old woman she had an admirable passion to work with injured animals, to nurse them back to health. She chatted to a person on Facebook who offered her a job working for the reputable Australian Wildlife Rescue Organisation known as WIRES. The problem was it now seems that the person had no connection with WIRES and last weekend the body of Nona Belomesoff was found after she had been murdered, presumably by the man who contacted her on Facebook.

The moral of this tale of two teenagers is really not that simple. Risk is complicated and present in everything we do. One would think that sailing around the world was more risky than chatting with a stranger on Facebook. But in this instance, it seems the 'e-world' was way more dangerous than the sea world.

The Old Book, the Bible, does not solve the vexed problems of risk, but it does promote the virtue of seeking the best wisdom we can find. Arrogance says, "I can do this!" Humility seeks the advice of those who know best. With humility we can still drown at sea, but the best advice, the wisest council and the surest guidance are ignored at out peril. Risk is unavoidable and our tolerance for risk will vary with our temperament, character and family background. But for all of us, good advice is essential.

Seeking wisdom from wise heads and ultimately from God are the best ways we can assess the risks that we cannot altogether ignore or avoid.

“Listen to advice and accept instruction, and in the end you will be wise.” Proverbs 19: 20