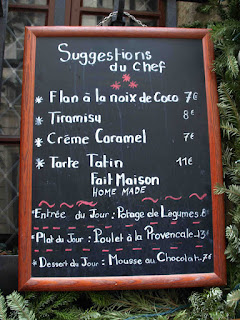 Years ago I knew a church that did a thorough consultant-driven review of the effectiveness and plans for their church. It was a great idea and consumed quite a lot of energy and resources. When I heard about what this church had planned, I was impressed at their courage and humility to commit to such a review. But when I heard the name they gave the process, 'Operation Caleb', I began to worry. Caleb was a researcher a few thousand years ago who was asked by a guy you might have heard of called Moses, to investigate whether it might be a good idea or not to do exactly what God told them. Caleb ended up being in the minority within his review panel, when they out-voted him and recommended that God’s ideas were a little impractical and unpalatable. Moses and his fellow leaders obviously took the safe route and much to Caleb’s disappointment, they ended up literally walking around aimlessly in a desert for 40 years.

This week Ken Henry must know how Caleb felt. Henry was charged by the Australian Government to comprehensively review the Australian Taxation System, which everyone knows has developed like a patchwork quilt sown together by a group of drunken women. Henry’s review (or at least the executive summary) is bold, comprehensive, innovative and even at times quite responsibly aware of the needs of all sections of society, including the poor. The response of the Government has been to pick up a couple of ideas which would raise more tax without losing votes, while offering a few carrots (some of which even contradict Henry’s recommendations) to electors, who they hope will be persuaded to vote for them in an election year. The Opposition’s response has been just as bad, as they have missed an opportunity to champion more innovation and reform and have instead taken the opportunity to be negative and obstructionist. In all likelihood, the net result of a comprehensive review will be that the Government will adopt a handful of revenue raisers and sweeteners, which will be defeated in the Senate. Poor Dr. Henry will watch as Australians continue to wander around in the taxation wilderness.

But let's not be too hard on the pollies. The rest of us also ignore the wisdom of those around us. As a nation we drink too much, smoke a great deal, gamble much more than we can afford, eat more of the wrong food and less of the right food, and generally complain when someone tells us to put on a hat and shirt whilst in the sun. We continue to use credit to live beyond our means. It gets even worse when it comes to God. We rubbish the Bible, or worse, we say we believe in it but then fail to read it. Finally, even if we do read it, we tend to ignore its comprehensive, detailed and revolutionary message, while preferring to 'cherry pick' a few palatable ideas.

“What a wretched man I am! Who will rescue me from this body of death? Thanks be to God — through Jesus Christ our Lord! So then, I myself in my mind am a slave to God’s law, but in the sinful nature a slave to the law of sin.” Romans 7: 24-25