Confessions of a luddite 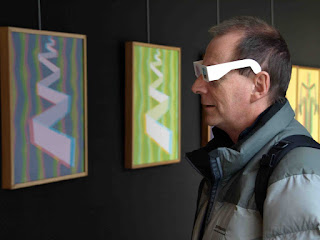 When it comes to technology I confess I am rarely riding the crest of the wave. In fact very often I am not even in the water. Okay, I confess I am often on the beach ranting like an old man about how I rather liked the old operating system, a much beloved turntable or cars actually made out of steel. However this week I am feeling exhilarated as I plunged into the surf, swam out through the breakers to reach the big waves and in a very small way have been riding the technological wave, almost alone.

Some months ago a friend convinced me that the replacement solution for my Palm Pilot was an iPod touch (an iPhone without the phone). Having been a long time member of the Apple fan club, it was easy to adopt another perfect piece of design. Thrilled with my new gadget I thought it would be good to get some speakers for home, as I am too sociable and not cool enough for those white wire things you put in your ears. Then, realizing that my much loved transistor radio had died, I had the brilliant idea to get a radio with an iPod station. And then the technological wave hit - why not an iPod station with a new digital radio? Alas I was actually ahead of the market, as most of the shops told me this phenomenon was close but not yet available. Eventually I found one that was exactly what I was looking for, but $285 was way beyond any budget I could stretch. In desperation I even looked for a second hand one on eBay (not that I have ever bought anything on eBay) and to my surprise I found a reputable phone company selling the very same product online for $160. So I ordered it and two days later I was riding the crest of the digital radio wave, with a purchase bought online. And for once the technology was better than I expected.

While many would leave God out of any discussion on technology, praising only the wonderful creativity and ingenuity of the scientists, designers and dreamers who invent this stuff and the capitalists who bring things to market, I wonder if God still deserves a mention. Our ingenuity all comes from the marvel that is life on this planet. The laws of nature, the patterns of existence, the minerals we refine, the minds that we think with and the creativity we exercise, are all gifts from God. Atheists would dispute my claim, arguing that the building blocks I thank God for are all the result of nature. Without wanting to insist on the God of creation, it is not inconsistent to affirm that for all our incredible human ingenuity, we still are completely dependent on things we have neither earned, created or willed into existence. An atheist with sight alone must still be thankful for the start we have. With faith we take a further step and praise the One who gave us life, who allowed us to stand, who sends the waves and gives us the challenge and ability to ride.

At our best humans are intelligent, resourceful, creative and just plain brilliant, but the Creator God still deserves all the glory!

“... what is man that you are mindful of him, the son of man that you care for him? You made him a little lower than the heavenly beings and crowned him with glory and honor. You made him ruler over the works of your hands; you put everything under his feet: all flocks and herds, and the beasts of the field, the birds of the air, and the fish of the sea, all that swim the paths of the seas. O LORD, our Lord, how majestic is your name in all the earth!” Psalm 8: 4-9