The Kids Are Not All Right 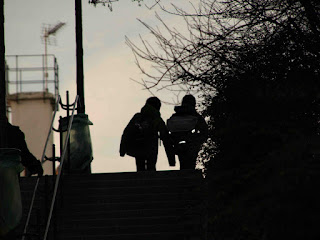 Last week I mentioned my fear about the imminent release of a Hollywood movie called 'The Kids Are All Right'. Well for fairness sake we watched the movie on release and I am still a little worked up about the experience. I must begin by saying that the movie carries a deserved MA 15+ rating and it is in parts fairly racy in the bedroom scenes. The movie depicts a middle aged gay female couple whose teenage children decide they want to find their 'sperm donor father'. As I feared, the movie is a 'Brady Bunch' style of feel good comedy about the sort of family that many believe will be much more mainstream in the coming generations.

I sat through what was at times a long and slightly awkward experience and I could not help but think that the kids were not all right.

Firstly, the movie clearly portrays that kids growing up with two mums miss something rather obvious - a dad. Though the movie presents the two mums as loving and kind, the subtext of the movie is that the teenage girl and boy miss having a male paternal influence in their lives. When the dad arrives on the scene he upsets the equilibrium in all sorts of ways. I am sure I was not in the minority in the audience as I longed for what seemed to make common sense - children need a mother and a father.

Secondly, the movie embarrassingly percolates all the adult relational instability and friction through the lives of their teenage children, who are trying to understand their own identities and personalities. Anyone who has worked with families knows just how damaging it is for children, and teenagers in particular, to be drawn in as emotional support to their mixed up parents. For me this was such a sad thing to watch on the screen. The kids were not okay, because the parents were still trying to come to grips with relational structures that were far from settled.

Thirdly, the movie's subtext that this was now a normal family pattern was far from convincing. For me, so many questions were left unresolved. Can you really donate (or worse, sell) sperm and not take any responsibility for the children you sire? Is it enough for there to be love, when things are missing that love cannot conquer? Is it the right of any individual or couple to have a child, no matter how unconventionally that child is produced? How deterministic is our concept of being gay? Is it completely a matter of genes and social determinism, or do individuals have any freedom in responding, or not responding, to feelings of attraction?

As we walked out of the cinema we observed a gay female couple weeping a few rows back from us. I wondered where they tears of joy that their lives have finally been recognized, or where they tears of anger that their lives had been trivialized with Hollywood humour. I am still at a loss to even understand all of my own reactions – I just walked out convinced again that …..

The kids are not all right!

“Then God said, “Let us make man in our image, in our likeness …….. So God created man in his own image, in the image of God he created him; male and female he created them. God blessed them and said to them, “Be fruitful and increase in number;” Genesis 1: 26-28