A deadly balance of power 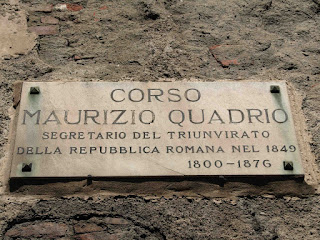 I have had many friends and people I respect admit to me that at the recent federal election they voted for the Greens. For many whose economic policies lean towards fairness, equality and justice, the Greens seem to be the new alternative. For those convinced that climate change, particularly for those young enough to be around long enough to see some of the feared changes, the Greens seem the strongest advocate. To anyone anxious about Australia’s involvement in war at the behest of our allies, again the Greens seemed to offer the only real alternative. So it is not surprising that many, especially the young, were convinced to vote Green. To be honest, I don’t relish the role of an aging conservative, but when it comes to the Greens my fear has always been that when given a sniff of power, the agenda outlined above is secondary to the social agenda the Greens rarely talk about before elections, but pursue relentlessly in many parliaments across this nation.

To prove my point, Senator Bob Brown has announced that his first priority is to push for the introduction of laws permitting euthanasia - something that I do not remember hearing much debate about in the recent election. The advocates of euthanasia point to widespread community support for the freedom of people to choose their own mode and time of death. The Prime Minister has indicated that she is not opposed to discussing the subject and you can sense that a conscience vote will be considered a fair way to determine policy, or a subtle way of thanking the Greens for their parliamentary support for the ALP gaining government (depending on how cynical you are).

So what is wrong with letting people choose their time of death? Well let me suggest a few reasons why we should be very anxious about supporting this new initiative:

1. People with terminal illnesses are already under extreme pressure. Do they really need the extra pressure of making this terminal decision?

2. Many fear that given the choice of euthanasia, women in particular may choose to die simply to avoid being a burden on their families. And sadly their families may not oppose the decision, wishing to avoid their own pain.

3. There does not have to be just the stark choice offered between euthanasia and dying in pain. When quality palliative care is available (and we should all be lobbying for more of this), there is a viable alternative to the bleak choice between a supposedly dignified death and painful suffering.

6. It is not surprising that in opinion polls the majority think euthanasia is a good idea. Who can argue against reducing suffering, unless by accident you add new layers of confusion, pressure, exploitation and indeed suffering.

Christians will ultimately advocate this as a sanctity of life issue, fearing that given power, the strong and the young will often override the best interests of the weak and the old.

Most doctors will run from an argument that will see them having to give lethal injections, while a few very loud medical advocates are already designing and promoting machines that allow people to 'self administer' their own death.

Palliative care medical experts will argue there is an alternative to suffering or euthanasia.

If ever there was an issue that calls for round table discussions, listening and compromise rather than blind ideology, it is the issue of euthanasia.

The Greens, who promise so much, will in all likelihood deliver assisted suicide as the first legacy of their very real political clout. How sad!