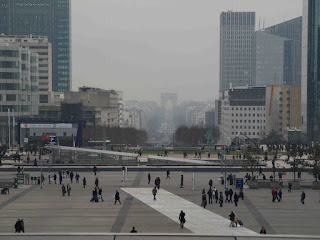 Last week I was re-reading one of the great chapters of the Bible – Hebrews Chapter 11. As I personally prepared for a challenging day, I enjoyed reading again through the list of heroes of faith; Abel, who risked giving up the best; Noah, who built because of an inspired weather forecast; Abraham, who trusted God when he was called to be a refugee; Joseph, whose faith inspired a view that there was a better day to come; Moses, who risked his cash flow to honour His God; Joshua, who believed God’s unconventional battle plans; a prostitute, who risked death to finally do what was right; and others who …..

".... through acts of faith, they toppled kingdoms, made justice work, took the promises for themselves. They were protected from lions, fires, and sword thrusts, turned disadvantage to advantage, won battles, routed alien armies. Women received their loved ones back from the dead. There were those who, under torture, refused to give in and go free, preferring something better: resurrection. Others braved abuse and whips, and, yes, chains and dungeons. We have stories of those who were stoned, sawed in two, murdered in cold blood; stories of vagrants wandering the earth in animal skins, homeless, friendless, powerless—the world didn't deserve them!—making their way as best they could on the cruel edges of the world." Hebrews 11: 33-35 (The Message)

Anyone who thinks the Bible is a dull book has never read and enjoyed Hebrews Chapter 11. As well as all the action stories, this chapter also includes a most sublime definition of faith:

"Now faith is being sure of what we hope for and certain of what we cannot see." Hebrews 11: 1 (NIV)

The skeptic will question how you can believe in things you cannot see. But faith will reply that some of our most precious and revered human experiences are experienced without sight. Love’s ferocious attraction and seemingly irresistible appetite is experienced but never seen. Gravity holds us to the earth but evades our sight. Music remains one of the most treasured of human creations but can only be appreciated by sound, not sight. Even human constructs like companies, churches, charities and causes are really just collections of ideas grouped together with common bank accounts, objectives and meeting places. Have you even seen a marriage? Sure you can see two people, wedding rings, funny costumes and flowers, but the marriage remains an idea that binds us together with vows. TV remains the popular favourite but radio still rates!

Sight remains the most precious of our senses but maybe not the only way to truth.