Would You Vote For An Atheist? 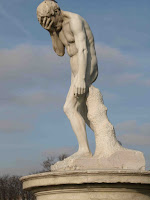 I have been surprised at the number of times in the last few weeks I have been asked if I would vote for someone who does not believe in God. Of course, this is far from an academic question. In what is probably a fairly recent phenomenon, a journalist asked Julia Gillard whether she believed in God. Her answer was an unequivocal 'No!' What has surprised me is the fervour of concern that this has raised amongst people I know, whose own faith in God ranges from a deep commitment to the most superficial. I am surprised that it matters so much to so many people, though I am delighted that for whatever reason people think God is an important topic.

On the one hand, Julia Gillard is far from the first person to be Prime Minister who does not have a living faith in God. We have had Prime Ministers who have described themselves as agnostics (meaning I don’t know) and who, in recent times, have admitted that their lifestyle has been quite extreme. We have had nominal Anglicans and Roman Catholics (from different political sides) who have paid lip service to belief, but whose political and at times social policies paid no attention to their supposed faith backgrounds. We have had adulterers, liars and caustically abusive PMs, whose supposed belief in God had no impact on their behaviour. So does it matter? Is it better or worse for a person to be honest and refuse to swear allegiance on the Bible? And should it matter?

Well again this is complicated. When it comes to economic policy, foreign affairs, educational policy, health, and defence, not believing in God may make no difference at all. But what of social policies that one-day may be decided on a conscience vote? What about the promotion of defacto relationships, gay marriage, euthanasia, bio-ethics, and the support of a fairly new initiative, chaplains in schools? The Christian email world is awash with accusations that a vote for 'the atheist' will threaten all these and much more. But is that just Christian hysteria and paranoia? What are we left to do?

In Australia’s democracy we are left with a judgment call based on a range of factors. We are called to first choose locally a person who is usually a member of a political party. We need to judge that person and then include in that judgment the party of our local aspirant. Though these elections are increasingly presidential, it is helpful to be reminded that the parties elect their leaders, not us. The parties are made up of members of all sorts of religious belief and disbelief. Somehow we then have to work out how much we can believe any politician, in a flood of core and non-core promises, policy back flips, compromises and plain old lies. Confused?

Let me then answer the question in a slightly politically sensitive way. It makes no difference what a person believes and it makes every difference what a person believes. Voting for a believer is always, to say the least, a compromise of things we like and things we don’t. Whenever we get the perfect candidate, she or he has a habit of disappointing us the most. Politics, they say, is the art of compromise and maybe voting is too.

We live in a fallen world. Our politicians reflect the strengths and weaknesses, the conflicting loyalties and the inconsistent political philosophies of each one of us.

My vote is for less bigotry, simplistic name-calling and illogical fear mongering. However my problem is that this view is not represented by any of the parties in this election.

When they kept on questioning Jesus, He straightened up and said to them, “If any one of you is without sin, let him be the first to throw a stone……...”