To Win, You Have To Risk Losing 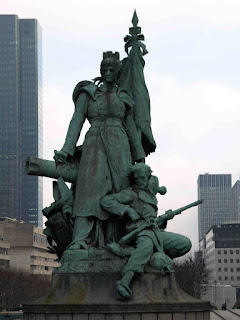 One of the things I have always loved about Australian cricket, especially during the captaincy of Mark Taylor and Steve Waugh, was that they knew that you had to risk losing in order to ensure victory. Cricket is a funny game, for as well as losing and winning, there is a third option - a draw. Historically we associate conservative riskless cricket with the English, but the disease is easily caught and can dominate Test Cricket in any part of the world. One of the appeals of the shorter games of cricket is that the only options are to win or lose. Soccer is also a game where the wary simply defend, with the aim of not losing. But the most exciting soccer to watch is when teams take risks to score goals, which exposes their own defense to attack from the opposition. Often a team has to get behind to play their best football.

I use the sporting illustration to explain what I find galling about our current federal election campaign. Poll-driven politicians are terrified of offending anyone, so collectively they say nothing, hoping that their opponents will score an 'own goal' and present them with victory. When the ALP tells us they are going to have another summit to consider climate change, there is a collective groan across the nation. The honest truth is that we can’t proceed to put a price on carbon without the support of other nations. But somehow telling the truth is just too risky. When the Liberal Party bat on about the fact that previous employment policies are dead, buried and cremated, employers and often employees know that there must be ways of improving our employment contracts and agreements. So instead of saying we went too far last time but there is a better way in the future, we are left with a straight bat producing nothing but defense. Meanwhile neither party is really addressing the current account deficit that has gotten worse with every government for 30 years; our out of control personal debt levels which are the real reason 'working families’ are struggling; the fact that banks have all but stopped lending to small business because of the global credit risk; the embarrassment that our hospitals really need more funding, which probably means we need to pay more tax; and the fact that our welfare system is bloated at the middle, leaving the most vulnerable in poverty and too many in the middle discouraged from working because of the welfare trap.

Privately, but never publicly, most pollies also know they are not as much to blame as we think. Our own lifestyle choices; our widespread substance abuse especially of alcohol; our addiction to gambling; our worship of all things material fuelled by debt; our inability to face our own spin (or is that sin); our unwillingness to take more responsibility for our health; and our latent racism that is so easily exploited - all result in us getting the politicians we deserve.

Matthew 7: 3 “Why do you look at the speck of sawdust in your brother’s eye and pay no attention to the plank in your own eye?"