Take Out The Trash Day 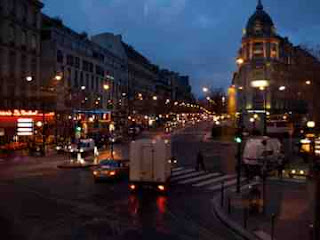 In the television program, West Wing, they introduced the idea of 'Take out the Trash Day'. The idea was that all the stories the White House wanted ignored were delivered to the press on a Friday, so they were overwhelmed with bad stories. Added to this was the assumption that less people read the papers on the weekend. Our politicians have perfected the art and dump all sorts of things they don’t want us to notice when an alternatively huge event occurs that consumes all the oxygen of the public’s attention.

Few will remember what was released about 11am on the day that Kevin Rudd lost the leadership of the ALP and his keys to the Lodge. A report was released by the Productivity Commission on the social impact of gambling. The report was scathing and made a series of recommendations that by and large the Government has ignored. Here are a few of the sad statistics:

1. Australia has upwards of 350,000 mild or series problem gamblers.

2. 40% of all revenue from poker machines comes from problem gamblers.

3. Poker machine users can currently lose thousands of dollars a day. One gambler reported to the commission had lost $16,000 in less than 10 hours while another lost over $800,000 in a month.

4. The social cost of problem gambling in Australia is close to $5 billion a year.

The report made a few simple recommendations, like reducing the size of an individual bet on a poker machine to one dollar, with a maximum hourly betting ability being $120. This seems such a modest proposal but alas it was too hard for governments who are frightened of the powerful clubs and pubs lobby. Of course our State Government is also deeply addicted to the pokie revenue, so a widespread social problem is ignored because the profits are so great.

We hear all the time that we are the beneficiaries of an economy which is the envy of all the world, but at the same time 'working families' (whatever that means) are doing it tough. Part of this struggle is self inflicted, as gambling sacrifices today’s resources in the vain hope of a better gain. Tragically for so many the gambling industry is one of the greatest causes of poverty in our society and politicians of all parties, both state and federal, seem to universally ignore the issue. At least there is one independent Senator in South Australia, Nick Xenephon, who is willing to speak up, but he is too often a lone voice.

There is an old saying that gambling is a tax on the foolish. While there is truth in this, we ought to demand our leaders do all they can to protect the vulnerable, the weak and those easily led. Surely the modest recommendations of an extensive Productivity Commission Report deserve more than being lost on a Take out the Trash Day.

Blessed is he who has regard for the weak; the LORD delivers him in times of trouble. (Psalm 41: 1)