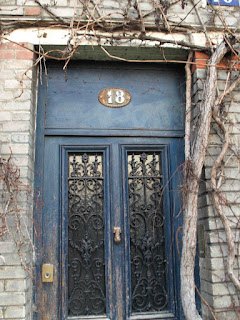 The Deputy replaces the Leader in a calculated, bloodless coup. Most are taken by surprise at the speed of the Leader's fall. The new Leader's initial popularity is eroded by the fact that the old Leader will just not gracefully leave the stage. As the old Leader dallies with the press, many wondered if his willingness to serve disguises his utter contempt for the one who has stolen his birthright. In the midst of a Federal election campaign such disunity is seen by many as terminal. In fact the new Leader is quoted as saying that “disunity is death.” Of course, if you are student of Australian politics, you will know I am talking about the winter election of 1987 when John Howard, Leader of the Opposition, had rolled his colleague, Andrew Peacock, some 18 months previously. But the 'soufflé' (Mr Peacock - as he was once called by an opponent) was determined to rise twice.

In 2006 Federal Labor was an untidy rebellious mess, but with the change of Leader in late 2006, Kevin Rudd and his Deputy, Julia Gillard, (dubbed the 'Dream Team') unified their party and won government in 2007. Within three more years the Dream Team has now had the untidiest of divorces. After a long period of stability in the Liberal National Coalition, the election loss in 2007 sent them into a panic. The next obvious leader, Peter Costello, passed and the team elected Brendon Nelson. His popularity never soared and his backers only slightly outnumbered his enemies. He lasted what, a year? He was replaced by an impressive, rich, but not very conservative Leader, who discovered too quickly that the climate was changing and he would, within another year, earn the title 'Malcolm in the Middle'. Last December, just 7 months ago, this Coalition fought a bitter internal policy dispute that resulted in a farce of meetings, leaks and recriminations. In the end the Leader was deposed by a majority of one vote. But now this disunity has evaporated, as the stench of dysfunction from the other side has dissipated the ambition and mistrust that threatened the Coalition's survival only two seasons ago.

The point of this is that human relations are less stable than most of us care to admit. At best, political parties are unified for convenience. In the corporate world, the pretence of stability, unity and purpose is often maintained by strong leadership and the profit motive, but the rivalry between divisions, departments and colleagues often resembles an undeclared war. Walk into a school staff room, or worse, a huddle (or is that a gaggle?) of academics at a university and you will find fiefdoms, intrigue and plain old bitchiness. Even in the best of families tensions simmer below most Christmas celebrations, while many families can become nothing short of a curse. I used to think that churches were different, but corruption, disunity and petty ambition more than occasionally are unwelcome fellow travelers.

Before we pass judgment on those who lead us, we ought to examine our own mess. Peace and unity are rarely secure features in human relationships.

“Wisdom is better than weapons of war, but one sinner destroys much good.” Ecclesiastes 9: 18