Bring on the cricket season. 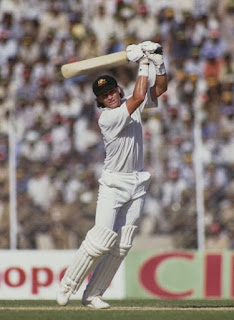 Who is going to win the US Presidential Election?

With less than a week to go the media is dominated by speculation about the result. The polls seem to reflect one result. The experience of 2016 may suggest the opposite. The bookies have their view and so does the stock market. Pundits on all sides are speculating, pontificating, prophesying and guessing. With absolute conviction I am going to go out on a limb and suggest that today ………………………  we don’t know!

It could be argued that the endless speculation about such events does us no good and probably a great deal of harm. In cricket, the very best batsman all share a common trait when it comes to predicting what sort of ball the bowler is about to deliver. Impatient and reckless cricketers make up their mind about what sort of delivery the bowler is planning, and they then prepare their shot based on their prediction. When they are correct, as they occasionally are, they look like champions seemingly being able to conquer the bowler and score runs quickly. However, guessing what is coming next does not work well for long. Eventually, the batter makes an incorrect prediction, is caught in the wrong place on the crease while preparing to play the wrong shot and ends their innings with a long humiliating walk back to the dressing rooms.

The very best cricketers, however, wait and play every ball on its own merits. They study the bowler intimately, they watch with incredible concentration and then in less than half a second respond and play their shot based on the trajectory, pitch, swing, seam or spin of the ball. Great cricketers prepare tirelessly for the bowler’s entire arsenal and are ready to respond. Sure, batting is hard. But when it is done patiently, wisely, cleverly and fearlessly it is something to behold.

Our common human curse is to worry, fret, fear, and fuss about what is going to happen tomorrow, next week or next year. If 2020 teaches us anything, it is that many of the worries that dominated October 2019, now seem rather pointless. Taking life as it comes is much more efficient. Most of the things that cause us to worry never actually happen. Sometimes things worse than we could have ever imagined eventuate and yet somehow, we muddle through. And just as often, life surprises us with positive developments, unexpected opportunities, random breakthroughs and a juicy half volley outside off stump just asking to be driven through the covers for a boundary.

If you are a US citizen who has not yet voted, it is now time to decide and make your vote count. For the rest of us, we have to wait until next week to learn who will be the President of the United States (unless it’s close) for the next four years.

Today is our opportunity to live life as it comes and not waste it by worrying about what might or might not happen in the future.