Even the young grow weary and tired... 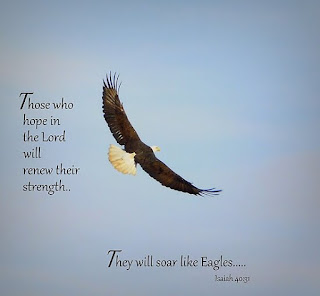 Imagine being totally restricted and not able to do what you want to do. Perhaps that’s not so hard in a year of lockdowns. But consider what it would be like to be trapped in your own body. Picture a bright young man – full of energy and intellect but literally trapped in a body that is not only unresponsive, but often quite uncontrollable.

I first met Damon when he started coming to our church in the mid 90s. He arrived in a van and his carer wheeled him into our church. Damon had severe cerebral palsy. Outwardly he presented as a crippled young man who had no speech and little control of his limbs. But after a short while it became clear that Damon was rather special. He communicated with the use of a “speech board”, that is a series of pictures on his chair, which he pointed to with great difficulty. Chatting with Damon was slow, confusing and frustrating, but after a period of time guesses became breakthroughs and communication started to happen. He had no trouble understanding me, I was the one who struggled to understand him. When he did finally get you to understand two things became obvious. Firstly, he was very bright. Secondly, he was very funny. Quite simply Damon was a witty, intelligent young man trapped in a body that fought him at every turn.

Damon was also very serious about his faith. He had a favourite verse, which if anyone ever mentioned or read aloud would set him ablaze. To this day I cannot read the verse without immediately seeing Damon. I remember reading the words one day and watching as Damon began running, dancing and jumping in his mind- while his body became a disorganised distraction of moving arms and twitching legs. He couldn’t speak but he was making plenty of sound – sounds of enthusiasm, of hope, of delight and of very real joy. Damon’s favourite verse was from the prophet Isaiah Ch 40: 30,31

Even youths grow tired and weary, and young men stumble and fall; but those who hope in the Lord will renew their strength.
They will soar on wings like eagles; they will run and not grow weary, they will walk and not be faint.

I’m not sure if Damon fully understood the historic meaning of those words in the ancient text. To be honest, I am not sure that I do either. I am certain, however, that Damon heard those words as divine comfort to his human struggle. For Damon, his spirit knew how to soar like an eagle, to run and not grow weary and to walk and not be faint; all from the locked down position of his wheelchair. His spirit refused to be extinguished by debilitating human suffering. His faith was not bound by his earthly journey. His hope looked beyond to a brighter eternal future, secured by a God of love and restoration.

All those years ago, when we were both young men, I was the preacher and Damon the listener.

My guess is that Damon has probably forgotten all my sermons. To this day, whenever I read those words from Isaiah, Damon continues to preach vividly and powerfully to me.

I hope you too, can hear Damon’s message today!