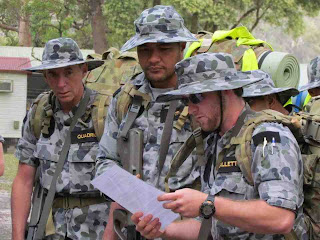 When Australians discuss gun violence and the need for legislation, we become a little self-righteous. At the time of the Port Arthur massacre in 1996, when 35 people were killed and 23 injured, Australians possessed about 3.2 million firearms. Due to fast political action at that time, a million of those guns were surrendered and destroyed. The drastic reduction in the number of firearms resulted in a safer country, or so the theory went. The lesson was simple: reduce the number and ferocity of guns to ensure a massacre never occurs again. It worked for us so why can’t the USA just face this issue: change the law, reduce the guns and reduce their risk. Simple!

Well maybe not! A Sydney University study revealed this week that the number of guns imported into Australia has grown steadily over recent years and estimates now suggest the number exceeds the number held in 1996. The ban on automatic, semi-automatic rifles and handguns led people to replace these incredibly lethal weapons with less lethal (but still lethal) single-action weapons. The article pointed out that as the majority of gun related deaths are domestic and suicide, then tragically one bullet is still one too many. Of course at these levels gun ownership in Australia is still about 80% less per capita than gun ownership in the US. Legislation does have a part to play, but culture may be way more ingrained than most of us can appreciate.

Self-righteousness - the view that I am much better than you - remains very popular, especially amongst the religious. The conviction that I am better than you, more holy than you, more worthy than you and more deserving of God’s love, too often becomes the default religious conviction. Though popular, self-righteousness has three overwhelming drawbacks:

Secondly, self-righteousness simply does not match the evidence. The religious are often no better than anyone else. Those who think they have solved all their moral dilemmas often find themselves exposed by their own weakness. He who thinks he is without sin is simply involved in a cover up!

Finally, the message of the gentle Nazarine was anathema to self-righteousness. The realisation that we have all fallen short of God’s glory and all need a saviour is indeed our only hope. Humility, not self-righteousness, is the great virtue of a life of faith.

“Why do you look at the speck of sawdust in your brother’s eye and pay no attention to the plank in your own eye?”  Matthew 7: 3
Richard Q
Posted by Word4Life at 3:35 AM