The demise of an Australian motoring institution. 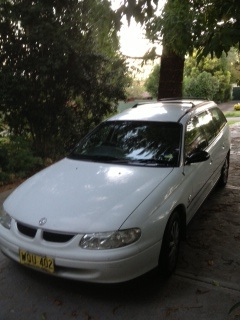 Am I the only one lamenting the recent announcement that Holden Commodores and Ford Falcons will cease production in Australia in 2016?  Actually I am not really lamenting the demise of Falcons. My father drove Holden’s (except for one Ford that would never start in the rain) and for most of my driving life I have followed the family tradition. The statistics explain the demise of these once loved cars. In 2000, actually the production year of my current Commodore, over 90000 were sold. That year about 70,000 Falcons tried hard to compete with Holden superiority. (To be fair Ford did have a rare win at Bathurst that year). In 2012 Commodore sales dropped to 30,000 and Falcons below 15,000. Logic would suggests that more economical smaller four cylinder cars replaced big Australian six cylinder cars . Statistics suggest that even bigger 4 wheel drives are the real reason behind the demise of an Australian motoring institution.

In business you don’t want to be a sunset industry, one that has seen the peak and boom and is now facing terminal decline. Running a video shop is obviously tenuous.  Some even fear that retail in general is facing an uncertain future in an online world. With a recent 30% drop in its share price some are even suggesting the mighty Apple Computer Company, post Steve Jobs, is looking shaky.

A little understanding of history might give a little more hope. The church’s history is longer than any product and most industries. Since its founding over 2000 years ago the gathering of Christians into groups called churches has waxed and waned. Repeatedly, the external threat of many kinds aided by self-inflicted wounds of corruption and abuse threatened the church with extinction. Renewal however has often sprung from the most remote of places, working at times through the most unlikely of people as the side effects of godlessness and the despair of atheism are painfully discovered.

Faith is not a fad but a classic virtue.
The church is not an industry but a gathering of a remnant who dare to stand against the predominate culture of unbelief.
The sun will set, but the God who created it neither sleeps nor slumbers.