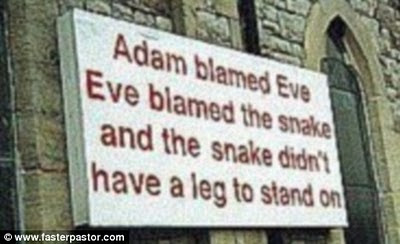 There is a lot of blaming going on at the moment. The blame started early and is getting louder and louder. Political leaders everywhere are getting the blame. While some strategies seem to have worked better than others the simple truth is that no political leader is to blame. Some are blaming scientists or The World Health Organisation but that is neither fair nor right. It’s not the fault of the left, the right, the media or whoever we don’t really like.

At least one country has been blamed because they were the first to record cases of the disease. This blame is unfounded, unhelpful and more than a little racist. Conspiracy theorists too have been blamed, everyone from warfare laboratories to the 5G phone network, but again this blame is not founded on a shred of evidence.

Locally some blame either a security guard, someone hosting a party or a ‘super spreader’, but in reality, the virus is most often spread accidentally by people who are A-symptomatic. Most of us have broken social distancing guidelines, forgotten to wash our hands, touched our faces or mistakenly shaken another person’s hand. So, who’s fault is it?

I am pleasantly surprised that few people are blaming God. It is hard to blame God when you don’t believe in him. However, without a belief in God often humans convince themselves that they are gods. Belief in God remains a matter of faith. Belief that humans are gods is just plain foolishness.

So…here is a radical thought. There is no one to blame. Covid is a virus. Viruses play a part in the natural world. We don’t know why or how Covid-19 developed and at the moment we can’t stop this very contagious disease.

Humans don’t like admitting that we have limits. We live in this amazing system, seemingly the one unique planet that sustains life. Life is complicated, diverse, awesome but not always safe. Some life depends on other life. We eat animals and at times they try to eat us. Viruses, bacteria, worms and all manner of other things live on and in us.

Humans are blessed to live on this earth. But we are not gods. We control so much, but we are not all-powerful. We are finite. We die. We are part of something much greater which we will never completely control.

A few months into our journey with Covid it’s time we settle the blame game. We are not to blame. It’s important for us to do our best. Cooperation, humility, research, ingenuity, and creativity are essential to rediscover a way to exist within nature. Prayer might make a comeback. Patience is important.

Let’s bury the blame game and use that energy to work out how to live with this virus until someone comes up with a better plan.

Before a downfall the heart is haughty, but humility comes before honour. Proverbs 18: 12