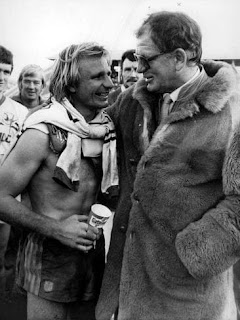 Few books on leadership have sold 25 million copies. Reading The 7 Habits of Highly Effective People for the first time I remember turning to the chapter entitled Win, Win. I was excited to be reminded that strong leaders lead to win. With a sporting background and healthy distaste for defeat I was anticipating the reminder that real leaders find a way to win despite the most challenging of times. They stand up. They talk tough. They refuse to take a backward step.

The chapter Win, Win, however, proved to be my undoing. Steve Covey was not advocating winning at all cost, but the counterintuitive concept that Win Win was about both sides winning. I was discovering that I had been an advocate of Win Lose. For me to win, someone else had to lose. I had to be right, meaning someone else had to be wrong. Win Win reflects a philosophy of life that’s not transactional, not about the best deal, not about power, but all about cooperation.

Ordinary leadership talks tough, threatens and organises a photo opportunity. Fake leaders play to their supporters. Whipping up ‘my’ tribe in opposition to ‘your’ tribe is after all the play book of tyrants. Such leadership masquerades as strength. It manipulates. It abandons truth. It demonises, it belittles, it parodies, but it rarely  achieves anything.

One of Rugby League’s greatest coaches Jack Gibson said it so well… “Don’t get angry – get curious”. Gibson’s belief was that when something or someone went wrong it was time to study, listen, probe and seek to understand why things were out of balance. Gibson was renowned for getting the best out of his players, for bringing the troubled player back to the group, for solving personality clashes and promoting a harmonious culture. Gibson was known for his character, his dry humour, his keen mind, his personal touch and his willingness to understand. Not surprisingly his teams achieved great success.

Win Win is not about being weak or nice. It’s not about compromise either. It’s a call to a character-based code of human interaction and collaboration. It’s the idea, quite simply, that we should treat people the way we would like to be treated. It’s humans operating at their best and it always produces the best humans.

So, in everything, do to others what you would have them do to you Matthew 7:12.