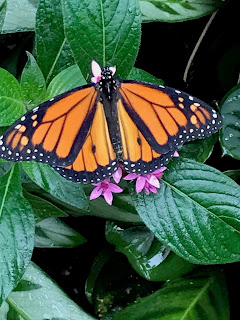 Life is looking very bleak. Our plans seem to have come to nothing. The bad news completely overwhelms the good. Hope seems to have evaporated. Fear surrounds us like choking smoke. The optimists amongst us seem to have lost their voice. Pessimism is the new normal. Navigating the future is beyond us. Our leaders have been so strong, but are now beginning to waver. Panic seems inevitable. We are drowning in despair.

Only a matter of months ago we were so full of hope. We had plans, we could mingle freely, we could enjoy the crowds and we believed we were invincible.
We heard rumours of trouble, but assumed that we would be safe. There were reports, but we never thought our lives could change so much, in such a short period of time.

We didn’t appreciate how vulnerable we are to attack. We are shocked that our world switched from light to dark. Financially we are facing ruin, but even that seems secondary to the silent, invisible threat that has now emerged. Our lives are now on hold. It’s too dangerous to venture out. How long will this last?

The above words describe exactly how the followers of Jesus felt, two thousand years ago, when their Lord was led out to be executed. Their world collapsed. The silent forces of evil seemed to overtake them like a contagious disease. Their hopes and beliefs were crucified. They stared evil in the face on the blackest Friday. Their defeat, however, was not final and a new day was coming.

This holy week there won’t be many live church services anywhere in the world. Holidays are banned. Family gatherings are postponed. The bunny may be turned back at state and regional borders, but Easter is not cancelled.

Easter is a story of death. It’s also a story of resurrection. Like nature itself it reflects dying and rising. A seed dies and a plant is born. A caterpillar fades so that a butterfly can shine.  The blackened trunk of a scorched Australian gum tree bursts back into green growth.

For believers the despair of Good Friday is countered by the hope of new life, Easter Sunday. Even death itself has been swallowed up in the victory of resurrection. Hope comes not through sacrifice or service, but by the redemptive power of a God who loves us.

As a world today, we need a dose of resurrection. We don’t presume our darkness will be solved in three days. With humility, under God, following the guidance of the wise, we will endure our isolation in the hope that we too will rise again.

Jesus said to her, “I am the resurrection and the life. The one who believes in me will live, even though they die” John 11: 25