Australian Politics – a little weird too. 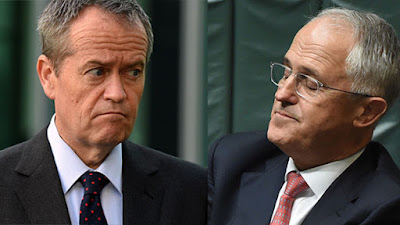 Politics in the US at the moment defies reason. It’s easy to criticise the American circus but consider one important issue in Australian politics and we look a little weird too.

In a compromise to the conservatives in his party the Federal Coalition under the leadership of Malcolm Turnbull has promised and championed a plebiscite. The PM deep down does not want this but is stuck with his party’s policy. It is disingenuous that the chief proponent of the plebiscite would much rather have a conscious vote in parliament. A plebiscite is clearly a conservative tool which a more liberal PM champions – weird!

The churches and christian lobby are obsessively committed to the same plebiscite which ironically will almost certainly (given the polls and internationally experience) support same sex marriage. The church has squandered any historical authority by scandal and abuse and has little strength, resources or skill for marshaling a political fight. Yet the church and the self-appointed and unrepresentative Australian Christian Lobby pin their hopes on a vote they will most likely loose. This does not make sense.

The same sex marriage lobby fears a plebiscite; in spite of the fact it will almost certainly support their cause. Their understandable concern is the confusion and judgement that will flow from opposition. However surely the emotional, political and popular support of an inevitable plebiscite victory is worth the price of a little short term pain. It is weird that the group with the most to gain fear being part of a debate they are almost certain to win.

The ALP has committed with the cross benches to oppose a plebiscite. Defeat in the Senate will kill the plebiscite. Labor will move a private members bill but it will be defeated by the government who have the numbers in the lower house.  So the ALP who is committed to same sex marriage is blocking the only path which politically, at the present, can deliver the change.

In an era when men and women have never been less keen on marriage, slower to take it up and more willing to abandon it – men and men, and women and women want entry into the same institution.  The determination to define the issue entirely as a civil rights issue while politically understandable leaves little room for people of good faith to use the language of morality.

In the past Australia decided issues like this based on a common belief system.  That no longer exists.

I’m not sure how a post Christian Australian democracy will decide these sorts of issues. But the current game of party politics, point scoring, name calling, ignorance of what the past has produced and unwillingness to accept the zeitgeist of today is at best weird and at worst incredibly unhelpful.
Posted by Word4Life at 1:25 AM