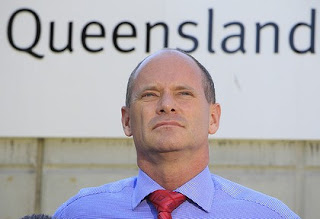 Back in late 2007 when the Federal ALP was swept into power under the leadership of Kevin Rudd, it seemed the Labor Party was set to enjoy a golden age of power. Not only did Rudd win with a considerable majority, but the Labor Party also led the State Governments of Queensland, New South Wales, Victoria, South Australia, Western Australia and Tasmania. The only conservative remnant of power left in the country was the then Lord Mayor of Brisbane. Now less than 5 years later the political landscape of Australia is remarkably different. Before last weekend the State Governments of Victoria, New South Wales and Western Australia had all, in recent times, replaced long serving Labor premiers with conservatives. Following an electoral tsunami last weekend in Queensland, the conservative LNP (Liberal National Party) has now taken power in Queensland. The ALP did so badly that people are asking, “What is the difference between the ALP in Queensland and a Toyota Tarago?” The answer, of course, is that a Tarago has 8 seats – slightly more than the Queensland ALP now has in the Sunshine State.
The Labor Party is hanging on by a thread in minority governments federally and in Tasmania, and with a small majority in South Australia. Back in 2007 Labor supporters were suggesting that their conservative opponents were on the edge of oblivion, but less than 5 years later many fear it is the ALP that might now, at best, be heading for an extended period in the political wilderness.
Life is more seasonal than most of us appreciate. Sporting teams have their times or even eras in the sun and return just as quickly to periods of darkness and defeat. Personally we too have periods in our lives when things go our way: when we achieve our goals; when life follows a predictable path; when love seems to answer all our needs; and when we seem to be able to handle with confidence this thing we call life. But it normally does not stay like that for long. Relationships are fickle and change, often for the worst. Careers have a knack of changing direction with lightning speed. Sickness has a habit of humbling the well. Misadventure seems to unsettle those so sure they were lucky. And then old age invades even those most determined to stay young.
The Old Book encourages us that God is the God of all the seasons of life, for the seasons of life are as inevitable as the seasons of the year. We are called to enjoy God in the good times and seek His comfort in the struggles. In the depths of winter we can trust God that in time we will feel sunshine on our backs again. And when the sunshine seems too good too last, we can enjoy the moment knowing our future is secured, not by the season but by the One who ordained the seasons.
“There is a time for everything, and a season for every activity under heaven:”  Ecclesiastes 3: 1
Posted by Word4Life at 3:09 PM