You reap what you sow. 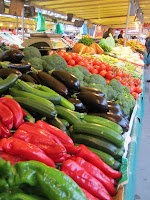 Never before in the history of Australian politics has such an unimpressive uninspiring politician promising so little ever been swept into power in such a dramatic way. The people of NSW have thrown the previous government out of power with a great deal of enthusiasm. And even people who had voted Labor most of their lives deserted one of the most accident prone, inept and arrogant governments ever seen in Australia. The last pathetic act of the Labor government was to sell off part of the power industry, at bargain basement prices against the wishes of the crony boards they had appointed. This was followed by the shameful act of proroguing of parliament early to avoid public scrutiny. In the dying months of the parliament a series of moral and ethical laws were passed, some by the narrowest majority, with the stated intention of social reform but the suspected motive of forming a moral political wedge in their opponents. To make changes which impacted the moral laws of a society just to score points politically was nothing short of a low act.  When the Premier conceded defeat she said the government had moved away from the people but she could have made a simpler conclusion- “you reap what you sow”!

The problem with the conclusion that “you reap what you sow” is that we are tempted to want to add a few caveats.
You reap what you sow- eventually.
You reap what you sow – hopefully
You reap what you sow – mostly.
You reap what you sow – at least once every 16 years.
Most of us want the “reap what you sow” principal to apply more consistently.  We want that manipulative and abusive boss to be exposed and removed. We want all the lying, cheating, corrupt politicians to be run out of town- not just the Labor ones. We want the self-seeking, self-advancing crowd to stop making it to the top. We want the tyrants to be toppled. We want thieves to be caught, drug runners to be sent to prison, rapists to be stopped and Manly and Collingwood to stop winning.
However, we do have one exception to the “reap what you sow” principal. Most of us, most of the time, would like a little personal leeway. After all we claim there are extenuating circumstances. We would like an exemption from chocolate leading to weight gain and cigarettes and alcohol being linked to cancer. We need to explain that we are committed to truth telling except in the occasional incidences when really that is just not that practical. We would prefer that the people who are most affected by our work would not have the opportunity to vote on our competency because after all they don’t know all the facts. We would be happy with most of our motives being reviewed as long as our best motives are seen as the dominant ones. We think the word corruption is an exaggeration of the way we deal with people – we would prefer to describe these complex relationships as networking. In short we are generally happy to reap what we sow or more particularly what we perceive or intend, to sow.
Maybe it is more than a little true that we get the politicians we deserve.
Gal. 6:8 The one who sows to please his sinful nature, from that nature will reap destruction; the one who sows to please the Spirit, from the Spirit will reap eternal life.
Posted by Word4Life at 9:28 PM