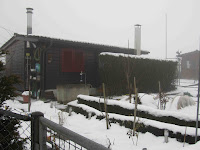 Are Australian house prices over valued - that is the question.
Whether ‘tis nobler in the mind to complain
The slings and arrows of an outrageous market
Or to take up arms against a sea of greedy vendors
And by opposing them? To give up and rent
No more and by rent to refuse to buy
The heartache of a thousand offers rejected ……
Sound familiar? Everyone agrees that property in Australia has never been less affordable and young people, even on good incomes, are finding it harder and harder to buy their first home. But are the prices over valued? Is the market in a bubble that eventually has to burst?
Well if you listen to most property and building industry people in Australia, the answer is no - our market is the result of undersupply, so high house prices are here to stay. The theory goes that high immigration means prices will continue to be high and may well go higher.
But there is another theory. A report published last week in The Economist, following similar reports from the IMF and OECD, has argued that Australia has the most over valued real estate, compared to income levels, of any country in the world. In the report The Economist noted that the ratio of house prices to rents in Australia is 56 per cent above its long-run average between 1975 and 2010.
So who is right and more importantly how much are Governments, both State and Federal, prepared to keep throwing at the property markets to keep them high? If you look at graphs of property prices in recent history, every time they tend to dip the Reserve Bank slashes interest rates, the Governments throw more money at first home buyers and somehow prices resume their upward march.
Surely sometime in the next five years we are going to see who is right.
Recently I chatted with a guy who has cancer and is nearing the end of his battle to live. Not surprisingly we discussed things that mean a lot more eternally than the price of houses.  We talked about the Christian Hope: that as Jesus died and rose from the dead, so all who put their trust in Him will also one day die and then rise again. He asked me the obvious question - “How can you know for certain what will happen after you die?" I admitted that I did not have definitive proof but my confidence was in the One who died and rose again - Jesus.
We can speculate forever on the future or trust the One who has the experience to know.
In the end whatever happens to the value of assets is unknown and will depend on a whole lot of variables. I base my expectations on the most reliable forecasters with the least to gain from their speculation.
People often say real estate is 'safe as houses', but in the last few years all sorts of people around the world have found that even houses can be financially risky in certain markets.
Eternally we can put our certain trust in the One who has lived through death and prepared a way for all who trust in Him.
““Do not let your hearts be troubled. Trust in God; trust also in me. In my Father’s house are many rooms; if it were not so, I would have told you. I am going there to prepare a place for you. And if I go and prepare a place for you, I will come back and take you to be with me that you also may be where I am.”  John 14:1-3
Posted by Word4Life at 2:20 AM