Why Banks Really Deserve To Be Bashed 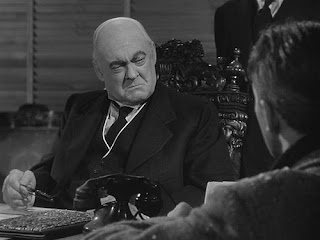 Bank bashing is somewhat of a national pastime in a place like Australia. The last few weeks have seen this in somewhat plague proportions, as politicians of all persuasions are falling over each other in an attempt to land blows on the Australian banks. Somehow in the process a number of rather important facts have been lost.

Firstly, we ought to be a little respectful of just how fortunate we are in Australia when it comes to banks. In many parts of the world the poor would dream of access to a safe place to put deposits and a ready and available place to borrow money at what is still, in any historical perspective, quite inexpensive rates. Add to this that our Government currently guarantees our deposits and we should realise how privileged we are. Secondly, unlike many parts of the western world, none of our banks have been in serious financial trouble and thus the Government has not had to waste taxpayers' money in bailing them out. In the UK, in Ireland, in Iceland, in many other places in Europe and in many instances in the USA, banks have faced either insolvency or some form of nationalisation.

Having been nice to our banks, I then wonder why politicians on all sides miss one very important issue in the current dilemma. Over the last 10 to 15 years banks in Australia have been able to grow and grow and grow, as the overall amount of money they have loaned has grown and grown and grown. This credit growth has only been achieved as our banks have increased their borrowings overseas, thus making them (and us) vulnerable to international interest rate markets. Over the last decade banks, who once required a deposit of 25% for a person to buy a home, have often loaned sometimes over 100% of the value of a home. 'Low doc' loans have meant that many people borrowed by simply declaring they could afford to pay it back. Credit card limits have steadily been increased and we have lapped it up. The banks even invented new terms like 'equity mate' as a smooth way of convincing us that we were not really borrowing - we were just 'unlocking our equity'. Bank profits have grown as credit has grown.

But guess what? With the GFC the credit growth party is starting to peter out. Banks addicted to growth now face the prospect of not being able to actually get us as a nation much more in debt. With $140 Billion in personal debt (including $ 45 Billion on credit cards) and over a Trillion Dollars owed on home loans, we are at last starting to lose our appetite for more debt. And so the banks, it seems, now have a new strategy – increase the cost of our current debt and that will ensure their profit growth is maintained.

Of course no politician in her right mind is going to criticise the banks for lending too much, because we gladly received the credit to inflate our standard of living. Home loans at 7.8% are really still cheap if you consider where rates have been over the last 30 years. But when we owe over one trillion dollars, then every 1% increase in interest rates will cost the borrowers across this nation 10 billion dollars more in interest payments, every year.

The Bible warns that the borrower is always the servant of the lender. We might not like banks but maybe we only have ourselves to blame.

The rich rule over the poor, and the borrower is servant to the lender. Proverbs 22: 7