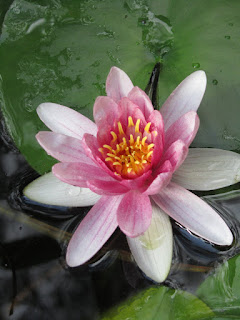 In Leo Tolstoy’s classic novel, War and Peace, the old Commander in Chief of the Russian Army, Mikhail Kutuzov, warns his young charges, faced with a seemingly unstoppable French Army led by Napoleon, that sometimes the greatest force is not to fight but to wait. Tolstoy attributes this idea to Kutuzov, that the most powerful allies in any fight are time and patience.

One person who has had to show the most incredible patience has been Aung San Suu Kyi, the pro-democracy activist in Myanmar. Having spent the best part of the last 20 years in either detention or under house arrest, Suu Kyi was released this week to the praise of many of the leaders of the world. President Obama described her as one of his heroes. In radio interviews this week she appeared strong, determined, quietly spoken and surprisingly hopeful for the future of Myanmar. Her personal story is heartbreaking, having been separated from her children (now adults) for decades and having been unable to reunite with her dying husband or even attend his funeral.

We are used to Hollywood fiction where the good guys always win and thus at times we fail to see the persuasive and seemingly impenetrable forces of evil that so often prevail. The military junta of Myanmar is such a force and has dominated, oppressed, brutalised, exploited and mal-administered a great nation, whilst isolating Myanmar from the rest of the world. The junta will continue to claim that they alone have the strength to govern such a diverse, tribal and disparate nation. Yet Suu Kyi’s popular appeal is something that no amount of injustice seems to be able to overcome.

Of course we should not be foolish enough to forget that the dark forces could pounce again and Suu Kyi could find herself back under house arrest or much worse. Often in international, national and even local politics, we are powerless in the face of evil and our only refuge is prayer, with time and patience. In the end evil's greatest weakness is that it does not work. Hitler’s promise of world domination to the Arian race in fact delivered death to over 50 million people and economic hardship for decades. Pol Pot's promise of utopia delivered genocide. Stalin’s determination to complete the revolution for the good of the people of Russia and Mao’s ideological reforms supposedly to benefit China’s poor, probably resulted in more deaths than WW2. The reign of the 'bad guys' can have a longevity that defies cheap optimism. However, ultimately evil fails to produce good.

Ironically, one quietly spoken, reasonable, peace-loving woman remains a threat to a government with vast military, economic and coercive powers. In the tradition of Gandhi, Mandela, Martin Luther King and Jesus, one voice for goodness, with time and patience, can sometimes achieve far more than any army.

“Blessed are the meek, for they will inherit the earth.” Matthew 5: 5