Getting rid of the junk - Part 2 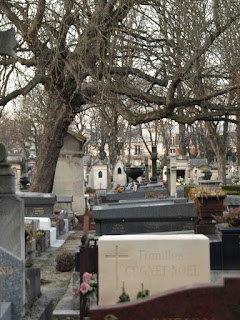 My favourite piece of de-clutter advice is very simple: if you buy something, then at the same time get rid of its equivalent. If you buy a new shirt, then take the oldest and least worn (or most worn out) and put it in the recycling clothing bin. 'But', you might say, 'there is nothing I can throw out because nothing is worn'. The obvious de-clutter advice to that comment is, 'Then don’t buy anything new'. It’s that simple. Today I bought three pair of socks, so it’s time to throw out those three pair with holes sulking in the back of the drawer. I know we can get attached to our belongings but often that attachment is literally sinking the ship. (And yes I know my garage is not perfect but it is a work in progress).

What really changed my mind on clutter was experiencing first hand the task of sorting through a loved ones belongings after he died. The simple fact is that if you don’t throw out that rubbish today, then someone of some generation is one day going to have to do it. Even the desktop of a computer is so much nicer when the clutter is gone. So strike a blow today - get rid of the rubbish and you will be surprised by the delight in having some space and not being overrun by stuff.

Anyone who has ever moved house knows that moving is one of life’s real pains. Moving is such a pain you could describe it as a curse. When Adam and Eve sinned, one of the first things that happened was that they were moved out of the garden. We have been moving ever since. But the real pain is not in the moving, it is in the moving of our stuff. The stuff actually slows us down and sometimes determines our fate. But all this is all temporary. One day, one way or another, we will part with our stuff. One day we will go to a nursing home at best or a box at worst and the stuff will be left for future generations to divide up, bicker over, sell and take to the tip.

… “Naked I came from my mother’s womb, and naked I will depart. The LORD gave and the LORD has taken away; may the name of the LORD be praised.” Job 1: 21