We could be heros 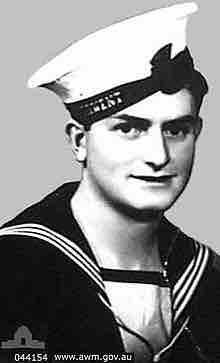 What does the Royal Australian Navy and Tasmania have in common? This week they are both celebrating the government’s recommendation to award Seaman Edward ‘Teddy’ Sheean, a posthumous Victoria Cross.

Teddy was the 14th child of a working-class family. He was raised in Latrobe in Tasmania’s north, close to Devonport. At the age of 18, in April 1941, he joined the Naval Reserves following in the footsteps of his five older brothers, four in the Army and one in the Navy. In May 1941 he was posted to Garden Island, Sydney where he was billeted on board the converted ferry Kuttabul. Later that month he was on leave back in Tasmania when the midget submarine attack on Sydney Harbour occurred and Kuttabul was sunk. Twenty-one sailors died.

Less than two weeks later Teddy returned to Sydney to join the newly commissioned HMAS Armidale. Armidale sailed north to assist in the evacuation of Australian soldiers from occupied Timor. On 1 December 1942 around 1400h (2pm) Armidale came under attack from no less than thirteen Japanese aircraft. Within an hour the ship had taken a number of direct hits and the order was given to evacuate ship. Sheean assisted in the launching of lifeboats, but then noticed that many of his fellow sailors were in the water and were being strafed by enemy gunfire. He scrambled back to his gun on the sinking ship. He was twice wounded but continued to fire the gun whilst under continual enemy attack. Many of the forty-nine survivors claimed it was the heroic efforts of Seaman Sheean to shoot down one plane and keep the others at bay, that saved their lives. He was seen to be still firing his gun as the ship slipped below the waves.

Teddy Sheean could have blamed politicians and so-called experts for allowing a young man to be exposed to the horrors of war. He could have renounced his senior officers for making decisions that may have steered his ship into danger. Instead, his primary concern was for the safety of his mates. He took responsibility. He acted decisively. He laid down his own life with selfless devotion.

Teddy Sheean’s heroic service puts the dramas that we face today into perspective. We are again facing an enemy. We are under threat. People are dying. We need the inspiration of one who counted serving as being of higher value than self-interest. We kid ourselves that one person doesn’t matter, but Teddy Sheean challenges that false view. No individual can change the course of a war, but selflessness does save lives.

The actions of every person in the face of an invisible enemy can make a difference.

As was said of Jesus, who laid down his life sacrificially