Certainties are not so certain 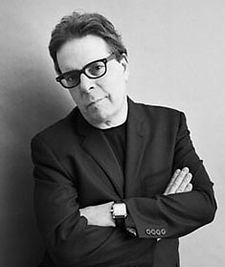 The American author Douglas Kennedy writes novels with a repeating theme. He has sold over 14 million books and his novels are especially popular in France. He delights in stories about people who seem to have their lives together. His main characters  are often highflyers, successful people whose achievements seem limitless. But then something happens. They make a mistake. They do something marginally unethical and face consequences.  Sometimes they don’t do anything wrong but tragedy strikes regardless. An unexpected death interrupts their ordered world. A car accident causes a tragedy. A firm is taken over and an unexpected job loss ensures.

This quote from his most recent novel sums up Kennedy’s oft repeated theme.

When things fall apart, the centre truly does not hold. Life can have an absolute veneer of relative stability. Of calm assuredness. Smooth sailing and all that. And then something goes seriously askew, the veneer is shown to be eggshell thin, and all comes asunder with a speed that leaves you thinking there are no certainties in life. Only the desperate music of happenstance.  Douglas Kennedy, Isabelle in the Afternoon.

Covid 19 is a story line that Douglas Kennedy could have written, but we readers might have deemed it too farfetched to be believed. The eggshell thin veneer of the whole world is now exposed. We have all been reminded that certainties are not so certain. Millions around the world have experienced unexpected illness. Over 300,000 have lost their lives. Billions of people have lost their jobs or are not able to work. The economic damage is only beginning to be counted. In Australia over half of the nations employed workforce is on some form of government support. The banks in Australia have deferred over $150 billion of mortgage repayments, which people can’t afford to pay. Many of us would never have imagined being quarantined to our country, let alone our state, or our region or for some a hotel room.

What I especially love about Douglas Kennedy novels is that his characters somehow find a way through. They learn to live with more uncertainty and often less material security. They value relationships and people much more after their material idols are exposed as false gods. They learn that pride often does come before a fall, so the best way to avoid the next fall is to forgo pride. They ask deeper spiritual questions. They learn to value and embrace the beauty of nature. They slow down and really do learn to smell the roses. They give way to fate, embrace change and learn to adapt.

Those with an eye to destiny will submit to fate.
Those with eyes of faith will put their trust in higher hands.

In their hearts, humans plan their course, but the Lord establishes their steps. Proverbs 16:9