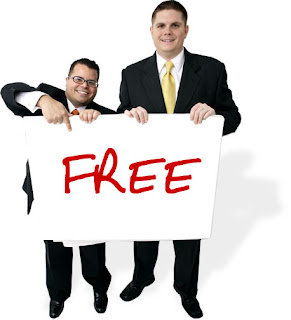 Retailers and the religious both love Christmas, but for humble shop workers and church ministers and staff, Christmas is also a lot of work. Having had 25 Christmases as a church pastor and at least half a dozen before that in retail, I don’t always begin this season with complete relish. Having said that, sometimes the commercial, formulaic and folksy way we celebrate Christmas is shaken by an event or a person that seems to let the light of Christ shine through.
Back in 1988 a major supplier of commercial Christmas cakes realized that their sales were low and they faced a huge stockpile of unsold cakes. The company, Big Sister, donated many thousands of cakes to the Anglican Church in Sydney, who realized that they could not move them all in a short space of time, so they offloaded them to various other denominations. The Presbyterian Church received a couple of thousand and passed 300 on to me, as the pastor of a tiny little church in the south west of Sydney. That’s where one of my most wonderful Christmas adventures began.
Basically we went door to door in the public housing estate of Bonnyrigg with the following message: “Hi, we are from Parklands Presbyterian Community Church and we would like to wish you Merry Christmas and give you a free Christmas cake”. Then the fun really began! “What’s the catch?”; “Is this a scam?”; “What’s the deal?”; “Why are you doing this?”: were the constant responses. Eventually, with a lot of persuasion we convinced people that there was no catch – it was just a free gift. After a while of doing this we began to have a crowd of local kids as our escort. “Can I have one for my Aunt Mary?” People were dubious but eventually thankful for a very unexpected Christmas gift. Like any parent of young children on Christmas morning, there is something special about watching as a gift is received with joy and excitement.
For God too His delight is in our response to His gift. God in His mercy gave us much more than cake. He gave us the opportunity of peace with Him, though our sins had made us His enemy. He gave us the opportunity of light, when our actions have often revelled in darkness. He gave us the opportunity of grace, when we are so fixated with merit. He did that all in the form of His greatest gift to humanity in the Baby of Bethlehem, full of grace, light and peace.
There were sheepherders camping in the neighborhood. They had set night watches over their sheep. Suddenly, God's angel stood among them and God's glory blazed around them. They were terrified. The angel said, "Don't be afraid. I'm here to announce a great and joyful event that is meant for everybody, worldwide: A Savior has just been born in David's town, a Savior who is Messiah and Master. This is what you're to look for: a baby wrapped in a blanket and lying in a manger." Luke 2: 10,11 (The Message)
Posted by Word4Life at 3:10 PM