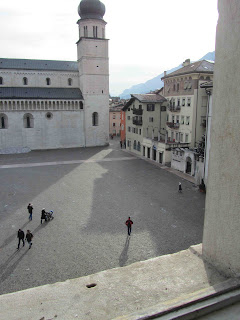 I had to pop down to Melbourne for a day or two last week, so I took the cheapest option – Tiger Airways. Tiger is cheap. I think my flight down was about $38 and the one home slightly more expensive. Apart from the planes always seeming to leave late and arrive even later, plus a few other minor inconveniences (like a tin shed instead of a terminal at Melbourne), Tiger seems as good as any. By the look of the crowd on my flight price was the determining factor. No suits, no business attire and hardly a laptop in sight (though no shortage of tattoos). The logic of a cheap flight is hard to beat.
However the guy next to me on the plane exhibited an alternative type of logic. He told me he was heading to the 'G', the Melbourne Cricket Ground, to watch an AFL match. He explained that the plane trip gave him a little time to warm up on the inside. So during the flight my fellow passenger ordered not one, but two Jim Beam and colas costing $18. Now to my logic two drinks costing the equivalent of 47% of the airfare defies reason. Could he not have had the drinks at the airport for half the price? Could he not have gone via Liquorland on the way to the ground? Sometimes the things we do with our money simply defy reason.
Why do people queue for petrol that has been reduced from  $1.40 to $1.36? I guess if the garage, instead of saying 4c discount said save 2.8%, most people would not be convinced that 20 minutes of their time and petrol was worth the wait. Why do people accept the wisdom of a financial advisor who advises them to invest all their savings and super, and sometimes to borrow more, in one scheme? Why do people outbid each other at a house auction, buying that perfect house that needs no work, when down the road there is an equivalent one which needs a lick of paint and can be bought thousands or even tens of thousands cheaper? Why do people camp outside stores for Boxing Day sales and then rush in like moths to a light – all in the name of saving a few dollars on things they probably don’t even need?
In the Old Book there is a story of a young man who foolishly sold his birthright – his status in his family and his right to inherit his father's property – to his younger brother, because he was hungry and his brother offered him a bowl of lentil stew. The logic of selling a future inheritance for the short term enjoyment of a hot meal is slightly less foolish than the temptation we all face of forfeiting our eternal inheritance for thirty pieces of silver.
“What good is it for a man to gain the whole world, yet forfeit his soul?” Mark 8: 36
Posted by Word4Life at 3:34 PM